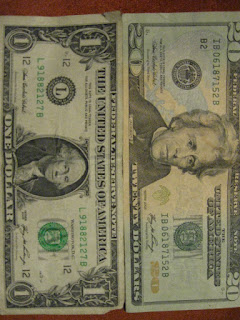 Paul Joseph Watson & Steve WatsonPrison Planet.comThursday, June 18, 2009
President Obama’s plan to give the privately-owned and unaccountable Federal Reserve complete regulatory oversight across the entire U.S. economy, which is likely to be enacted before the end of the year, will officially herald the beginning of a new form of government in the United States - an ultra-powerful banking dictatorship controlled by a small gaggle of shadowy and corrupt elitists.
The new rules would see the Fed given the authority to “regulate” any company whose activity it believes could threaten the economy and the markets.
This goes a step further than the centrally planned economies of the Soviet Union or Communist China, in that the Federal Reserve is not even accountable to the U.S. government, it is a private entity that according to former Fed chairman Alan Greenspan, is accountable to nobody but the banking families that own it.
Obama’s regulatory “reform” plan is nothing less than a green light for the complete and total takeover of the United States by a private banking cartel that will usurp the power of existing regulatory bodies, who are now being blamed for the financial crisis in order that their status can be abolished and their roles handed over to the all-powerful Fed.
According to an Associated Press report today, Democratic leaders have committed to enacting the plan before the end of the year and Republicans in both the House and Senate have indicated that they won’t stand in the way of the overhaul.
Read More
See U. S. Congressman, Ron Paul's take
Posted by Tom Sebourn at 11:25 PM

Labels: New Powere at the Federal Reserve, The Fed