Bottoms Up at the Eureka Summer Concert Series 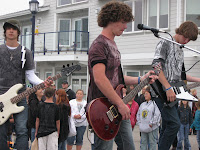 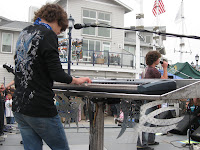 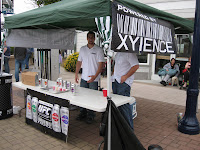 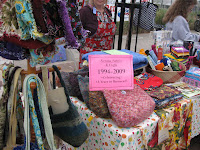 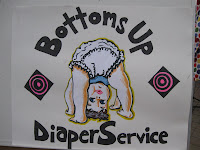 Fortuna Fabrics & Crafts, Bon Bonier ice cream, Xyerergy drinks powered by Xyience, Bottoms Up Diaper Service, Old Town Coffee and Chocolates (I hope I didn't forget someone),
and Rocky's Off Road were in Old Town Eureka tonight.
Rocky gave a trophy for the best bike. I forgot to get a picture but it was about 5 feet tall and didn't fit on the motorcycle that won the trophy for best bike. A locally designed and built motorcycle was Pete's pick (the legend, Pete Meyer) and took home the trophy. ( I lie, we took the trophy back to the station in the bus and they will pick it up on more suitable transportation.
I didn't get the winners name but I did get a picture of the custom motorcycle.
Lost Boys played for two hours and drew a large crowd. They have recently opened for All American Rejects and 3 Doors Down in Konacti on Clear Lake Ca.


It was a good show no thanks to the cool fog. Not that cool fog is a bad thing.


But an outside concert on the boardwalk at the bay is more fun when the sun shines.
Posted by Tom Sebourn at 10:49 PM