US remains silent over McKinney arrest by Israel 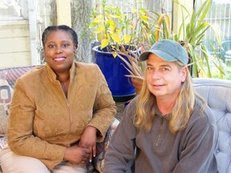 I saw this at Prisonplanet.com today.

Press TVWednesday, July 1, 2009
Nearly a day after the detention of former US lawmaker Cynthia McKinney by Israeli forces, Washington has yet to make a reaction.
Israeli Navy detained former US congresswoman and Nobel Prize laureate Cynthia McKinney and twenty other human rights activists on board a relief boat outside Israel’s territorial waters on Tuesday as they were heading to Gaza on a humanitarian mission.
Tel Aviv claims the boat was trying to break Israel’s two-year siege on Gaza.
Ms McKinney — the 2008 Green Party nominee for President of the United States– has accused Tel Aviv of violating the international law by seizing an aid vessel in international waters.

“This is an outrageous violation of international law against us. Our boat was not in Israeli waters, and we were on a human rights mission to the Gaza Strip,” McKinney said in a statement.
Green Party leaders have called on the White House and the US State Department to intervene and demand the immediate release of all the activists.
On Monday, the International Committee of the Red Cross warned of dire humanitarian situation in Gaza, saying 1.5 million Palestinians living in the coastal sliver are ‘trapped in despair’ because of the continuing Israeli blockade on the territory.
Full story here.
I voted Cynthia McKinney in the last election.
She has been involved in humanitarian efforts to Palestine in the past and run into resistance.
I hope she will prevail.
Posted by Tom Sebourn at 11:33 PM