We had too much salad. 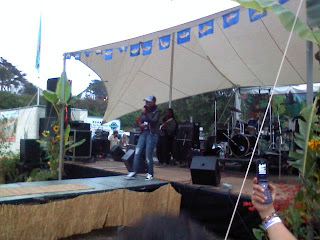 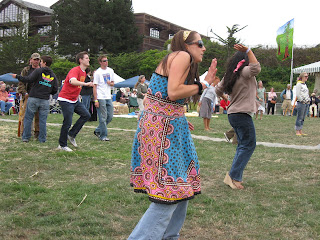 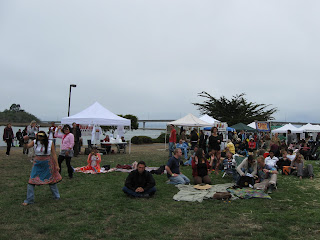 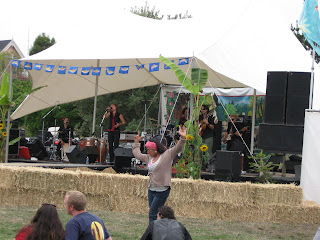 The 5th Organic Planet Festival at Halvorsen Park in Eureka was a success. The weather was mostly cold and foggy but the people were warm and fuzzy.
LoCura was the first band to take to the big stage and they got the crowd warmed up on this cold day.
The fasion show was pretty cool and guest speaker Mike McGrath didn't mince words when defining organic verses Miracle Grow and Round Up.
The Del McCoury Band was pure bluegrass and drew on Del's 50 years in the business.
KHUM and their magic equipment that was plugged into the mixer board did a fantastic job of broadcasting the music of their set to those that could not make the gig. Larry, you did a great job. I caught part of the set on my new car stereo from Eureka Car Stereo (shameless plug).
We did some broadcasts on am 1480 but it is a talk station so I focused mostly on interviews and information. We did sneak some Del McCoury band in on one of the breaks.
Tanya Stephens was a little late getting on but the played until it was almost dark, and made up for the late start. She had some inspiring words about keeping families together and love and harmony and stuff. She was great!
Wildberries, Eureka Natural Foods and the North Coast Co-op had enough salad for a sunny day so they had some left over.
There was a petting zoo with miniature goats, organic food, organic clothing and so many eco groovy booths that I can't name them all.
If you didn't make it, you should keep your calender open for next year.
Posted by Tom Sebourn at 9:31 PM