Where Else Would They Go?

.  People without houses protested the closure of the Tarp Camp at Eureka City Hall tonight. 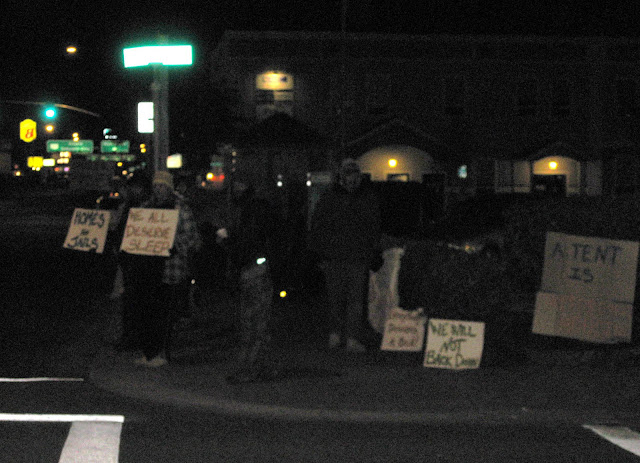 A group of just under 20 held signs and waited for dinner that was to come any time. Kimberly (Verbena) Starr was arrested Sunday night by Eureka P.D. and is still being held . Times-Standard said she was arrested for trespassing, resisting a peace officer and a probation violation. 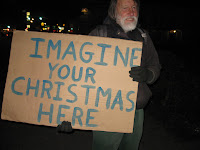 Last Sunday, the E.P.D. in a show of force closed the Tarp Campground in the parking lot of the City Hall that had been going for a month. 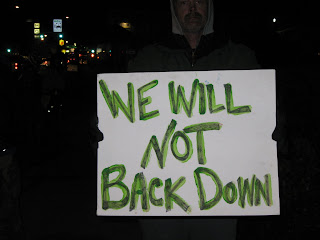 On the bright side, temperatures should only dip into the 30's tonight.

In one of the richest counties in the U.S.A.  things are not much better.
An estimated 20,000 people in Orange County are homeless.
Posted by Tom Sebourn at 9:28 PM