The Friends Of College Cove Put On A Show In Trinidad

Close to a hundred people turned out for a presentation at Trinidad Town Hall tonight. The grass roots group calling itself "The Friends Of College Cove" put on a slide show and with a Q and A for local residents concerned about an 18+ acre subdivision planned near College Cove north of Trinidad. 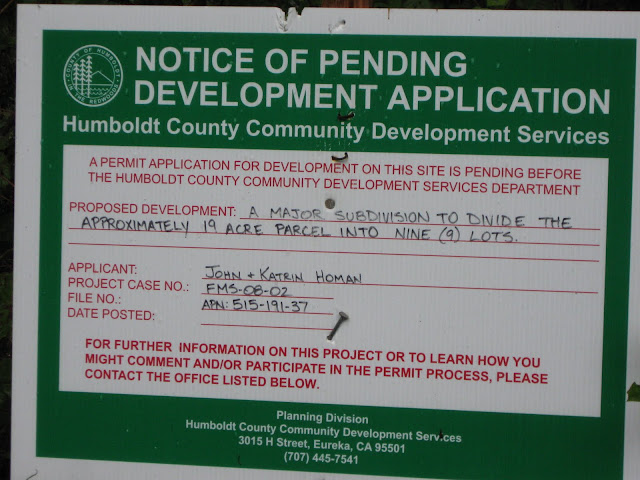 The project would allow the property to be divided into 9 lots with a living unit on each. The county code allows each of these to also have a second unit, sometimes called a mother in-law unit. Water is available through 5 wells that exist on the property and did not seem to be an issue. Septic systems were. The entire Trinidad area is on septic, from Moonstone to Patrick's Point. Residents are concerned about the wastewater impacts to a creek that runs adjacent to the property. Locally known as college cove creek, though the creek has no official name, it is the creek that dumps off a cliff and forms a waterfall on college cove beach.

Other concerns were raised about the number of trees that would be removed and a retaining wall along a road deep into the property that may be seen from Stagecoach Road.

People were asked to write letters to the Humboldt County Planning Commission with their concerns about the development. Those letters would be delivered to the commission by The Friends of College Cove. 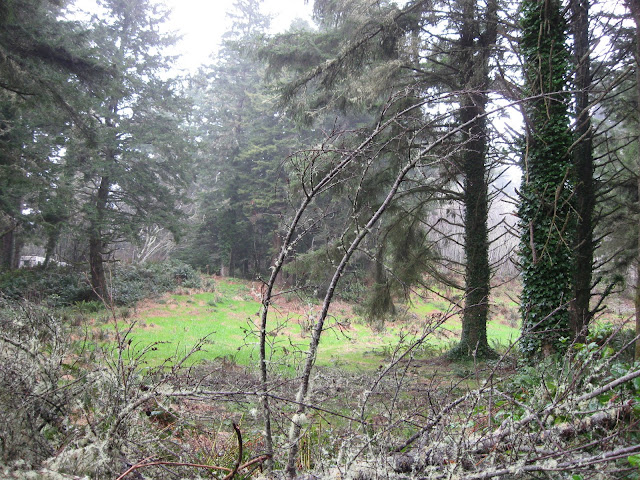 Off the record, Harbor Commissioner, Patrick Higgins was in attendance and supports the idea of a full EIR to be conducted.
Dennis Mayo, on the Planning Commission said he was there to observe and learn but said in the end, the Commission would follow laws set up by the County regarding property development.

The project is being designed by Laco and Associates and a representative was present but he, Mr. Mayo and Mr. Higgins were not asked to speak.

The next Planning Commission meeting is on March 4th. at the Humboldt County Court House at 6 pm.

To learn more, go to http://www.friendsofcollegecove.org/
Posted by Tom Sebourn at 9:41 PM