Obama grows the drug war, with enforcement a clear priority 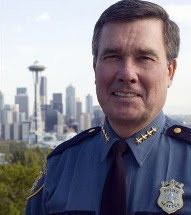 "It sure was an encouraging signal when Drug Czar Kerlikowske declared that the 'war on drugs' was over shortly after he took the job last year," commented Tom Angel, spokesman for Law Enforcement Against Prohibition. "But until the budget numbers match up with rhetoric, it looks like the war is still being waged."
From RawStory.com
Photo from RawStory.com

This should keep the funding going for those annoying SUV's with tinted windows and government plates.

At least Obama has his priorities, JOBS, no matter how productive.

There will be a proposition on the ballot that would legalize weed in California. If it passes, maybe these guys could go after meth labs or slave labor immigrants or something more useful and positive.

A new state wide law signed by the Governor last October went into effect Jan. 25. Under it’s provisions state and local prisons and jails must release thousands of non-violent convicts. Sacramento County has released 500 and several other counties have released hundreds.

How many inmates has Humboldt County released under this new law?
http://www.latimes.com/news/local/la-me-prisons26-2010jan26,0,5992495.story?track=rss

So we're going to fund locking up more non violent people but not the locking them up part?
WTF?
Posted by Tom Sebourn at 7:38 PM