Are The Gulf States And Arizona Ensuring A California Economic Recovery? 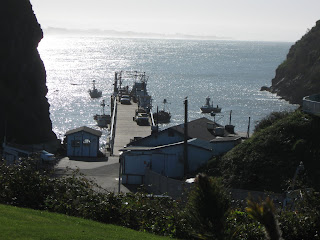 The recent oil spill off the coast of Louisiana due to an exploding off shore oil platform is a major disaster looming. The environmental implications of millions of gallons of oil flowing into the sea with no end in sight have fishermen (and women) all over the gulf coast on edge tonight.


The lust for off shore oil profits along the gulf coast may doom the environment as well as the white sand beaches that tourists start flocking to about this time of year. The loss of tourism do to oily beaches could doom the hotel and restaurant industries there for years. This could possible kill thousands of jobs and businesses that rely on the sea food, beaches and tourists to keep them going.

The state of Arizona with the recent signing of the nations most strict immigration laws is chasing away tourists. Several conventions have already been cancelled by groups that no longer find Arizona a desirable place to do business.

This will effect restaurants and hotels in that state.

Sending Mexicans back south may free up some jobs but those may go away anyway because of the perceived police state that no longer sounds tourist friendly.

Both regions are shooting themselves in the foot or the pocket book.

Where can tourists go for long unspoiled beaches, fresh sea food, dairy from happy cows,  loads of world class entertainment, wine and some of the most scenic vistas in the entire world? California!

And here is the kicker...

If you live in one of the other 49 states in the US, you don't even have to bring your birth certificate or passport to have a good time. We expect to see you soon!
Posted by Tom Sebourn at 10:57 PM