The Humboldt Crabs baseball season got underway this weekend. The Crabs hosted the Fairfield Indians and took two out of three games in the weekend series.


The Crabs won the Saturday afternoon game by a score of 10 to 1 but lost the night cap 8 to 5.

Today's game was played under cloudy rainy conditions and was almost called in the 4th inning. The rain came and went several times but the game made it through 9 innings and the Crabs were victorious scoring 8 runs against the Indians who were only able to put up 2 runs. 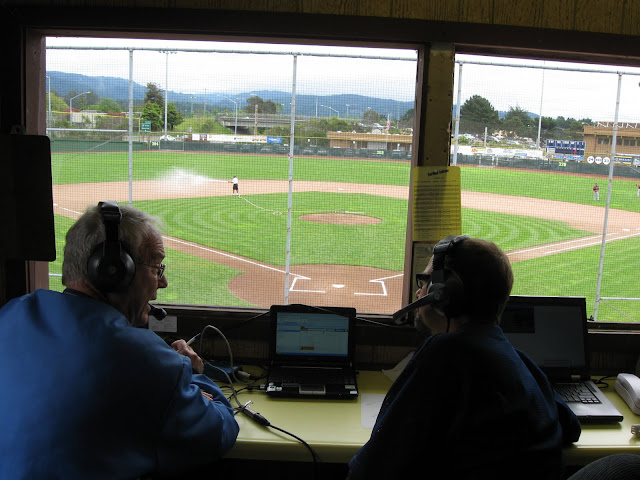 Above is a photo of Hok and the Professor in the broadcast booth calling the game for the local AM radio affiliate and the live stream.