About the author:
Yasha Levine is a mobile home inhabitin’ editor of The eXiled. He is currently stationed in Victorville, CA. You can reach him at levine [at] exiledonline.com.

The Roots of Stalin in the Tea Party Movement

The Koch family, America's biggest financial backers of the Tea Party, would not be the billionaires they are today were it not for the godless empire of the USSR. 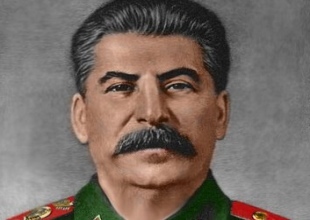 The Tea Party movement's dirty little secret is that its chief financial backers owe their family fortune to the granddaddy of all their hatred: Stalin's godless empire of the USSR. The secretive oil billionaires of the Koch family, the main supporters of the right-wing groups that orchestrated the Tea Party movement, would not have the means to bankroll their favorite causes had it not been for the pile of money the family made working for the Bolsheviks in the late 1920s and early 1930s, building refineries, training Communist engineers and laying down the foundation of Soviet oil infrastructure.
Please read more because there is a lot more!
Posted by Tom Sebourn at 8:08 PM