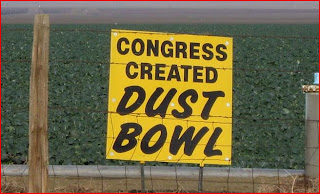 FRESNO, CA – At a time when California’s salmon fishery will be reopening for the first time in years and California’s reservoirs and groundwater banks are refilling at a rapid pace, Democratic members of the House Subcommittee on Water and Power attended a field hearing in Fresno on water pumping from the Sacramento-San Joaquin Delta and called for a more balanced approach to future droughts which would help prepare all of California. Live streaming video of the hearing is available here: http://naturalresources.house.gov/live/.
“This Republican hearing seeks to reignite the water wars of the past and pit Californians against each other for short-term gain,” said Congressman John Garamendi (CA-10). “There is a more constructive way forward for our community. We must focus on responsible science-based water management, with conservation, storage, and recycling playing a prominent role – balancing our water needs and creating jobs across the Golden State.”
“Water is a shared resource all of us Californians rely on: farmers, communities, homeowners, manufacturers and fishermen all need our water supply to be protected,” said Rep. Grace F. Napolitano (CA-38), ranking member on the Subcommittee on Water and Power. “Instead of promoting special interests that pit us against each other, we should be promoting a balanced approach that helps all of California. We have examined this topic at more than fifteen hearings since 2003, and it is time for attention to be paid to the water needs of the entire state.”
Last year, the State of California reported that the closure of salmon fishing in California had cost the state’s economy at least $250 million. Recent studies have estimated that nearly 2,000 salmon fishermen have been unable to work due to lack of salmon over the last three years, job loss figures comparable to the number of farm workers who could not work due to pumping restrictions during the drought.  This season will be the first time since 2008 that California salmon fishermen will be able to work a commercial fishing season, after pumping restrictions in the Sacramento-San Joaquin Delta allowed the salmon population to bounce back.
"The worst thing we could do is dismantle the smart water policies that are protecting our fishing jobs," said Rep. Mike Thompson (CA-01). "We have to take sustainable action that will benefit our farmers and fishers for years to come. Federal protections aren't the enemy - they're a crucial tool in developing responsible water policies."
Proponents of increased water flows from the Delta to agricultural users have cited pumping restrictions as the cause of Central Valley water curtailments. However, this year no water has been withheld on account of the Delta smelt or Chinook salmon. As of last week, the Central Valley Water Project had a water allotment of 75% of requested for agricultural users south of the Delta.
“Drought cycles are a fact of life,” Napolitano said. “We have been fortunate enough to receive a great quantity of rain this year, but now is not the time to stop preparing for the next drought.  We need to continue with the techniques that have worked in the past: more conservation, storage, education, desalination, recycling, and infrastructure.”
Background:
·         Unemployment in the Central Valley has been a chronic issue even in wet water years.  Recent job losses since 2008 have been mainly caused by the collapse of the construction and housing sector after the financial crisis.  By July of 2009, Stockton, Merced, Modesto, and Bakersfield were among the top 10 cities in the U.S. for foreclosures, affecting thousands of construction-related jobs.
·         In 2009, an influential study on pumping restrictions overstated job losses claimed to be due to environmental pumping restrictions in the Sacramento-San Joaquin Delta. While this data was ultimately proven false, for a time it was widely disseminated in the media. Professors Richard Howitt of UC Davis and Dr. Jeffrey Michael of University of the Pacific later revised their early numbers from the tens of thousands down to 1,400-3,000 jobs lost – within the same range as the number of California salmon fisherman who lost their jobs when the salmon population declined from Delta pumping.
·         Pumping restrictions have proven critical in helping the salmon population recover, as they allow young salmon to make it past the pumps and out to sea unharmed. This year, salmon fishermen will be able to return to sea for the first time since 2008.
·         Even at the height of the financial crisis and drought, California farmers were able to post record sales for agriculture. The state’s agricultural sales for 2009 were the third highest recorded, behind only 2008 and 2007.
·         On March 30, 2011, Governor Jerry Brown declared the drought to be officially over.  Democrats welcomed the short-term boost to the state’s water supply, but called for long-term improvements to prepare for the next drought.
·         On April 8, 2011, the Bureau of Reclamation updated its Central Valley water supply allotments, with 75% for agricultural water service contractors and 100% for most other water contractors. More details: http://www.usbr.gov/newsroom/newsrelease/detail.cfm?RecordID=35843
Posted by Tom Sebourn at 9:22 PM