Crab Season Coming To An End 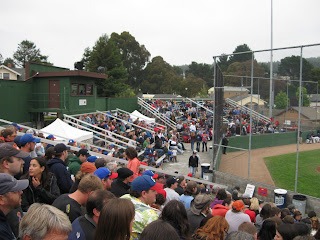 The Humboldt Crabs have played their last home game for the 2011 season.  They will play in Redding over the weekend for 3 games against the Colt 45's and then come back home for at least two games in the Far West League Playoffs Thursday and Friday. They could play Saturday and Sunday if they win.  These games require a special ticket and season tickets are not good for the final tournament.

Crabs beat the Mudcats 4-2 in the second game of tonights double header.  I don't know who won the first game.