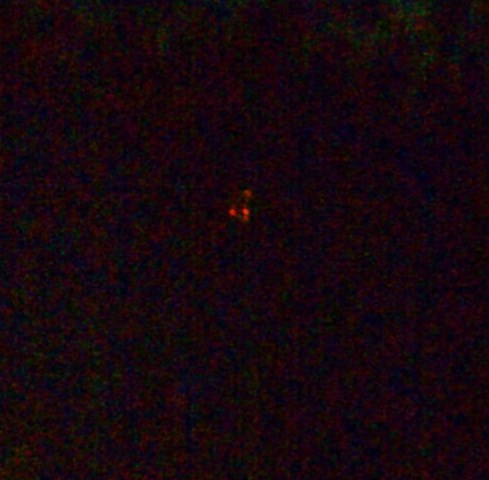 If you have ever tried to capture pictures in the dark sky from a phone camera, you can imagine how hard it is to focus and snap a shot with any clarity.  These were taken on July fourth in McKinleyville.
I wouldn't have thought too much from the first report that took the pictures but I got another eye witness that said they saw the same thing and I found out they both live in McKinleyville. 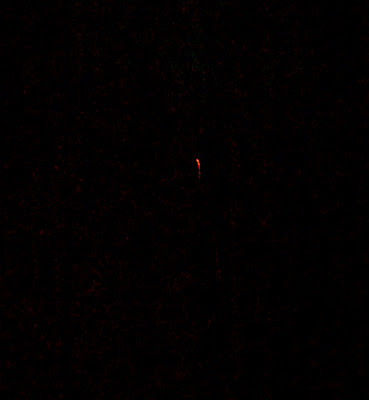 Granted, it was the fourth of July and there were many sky rockets.  Both parties told me that this came down above the approaching fog bank and went back up.  The second picture looks like a signal flare like they use on ships in distress.   You can see a trail behind it as it was going up at the time.  Problem is they both said it went up and down fast, without sound and did it more than once without touching the ground.   Also the top picture clearly shows 3 lights.

Correction: The bottom picture was actually supposed to be sideways so the (what ever) was moving right to left in the photo, not up and down.  Also it would stop and pause for a while and then move again according to photographer.
Not sure what is  was but if anyone else saw it, please chime in and tell what you saw.
Posted by Tom Sebourn at 10:22 PM