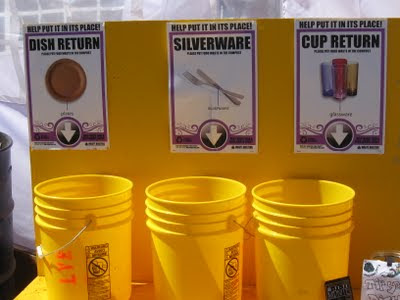 The three yellow buckets were new to me.  Like a city slicker in the woods or an unfrozen cop in the future these took me by surprise!  It turned out to be the bus station.  No not that kind of bus, I'm talking like bus your own dishes.  All of the food booths in the festival used real dishes.  Plates, cups and real stainless. Not only was it more civalized. It created several local jobs and drastically reduced the amount of waste produced by the 3 day concert.  There must have been around 15 different booths all plating on the same dishwasher safe plastic.  At the beer booth you paid 5 dollars for deposit on a 16 ounce, stainless steel cup with Lagunitas IPA logo on it.  I think most people just kept the cool cup.  I did.

Below are a couple of hard working dish specialists at the dishwasher booth. 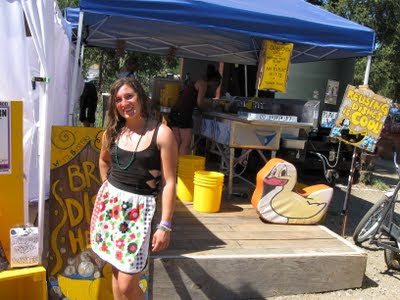 There were a ton of non profits everywhere you turned.  Things you might not have known about until you stumbled upon them.  This one caught my attention called From War To Peace: Disarmed and Recycled Nuclear Missile Systems.  They make jewelry and stuff. 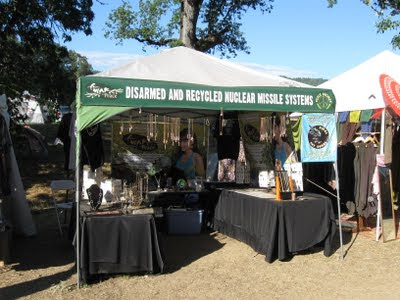 The mature black oak trees on the property make everything even better. 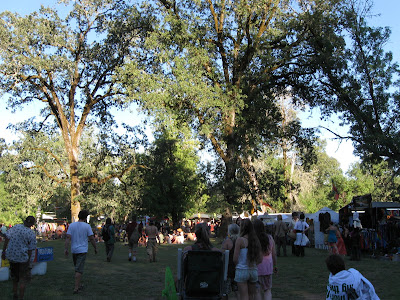 I shot some you tube also and will get that up as soon as I get well.  I came down with something nasty on Saturday and it still lives in me.