No Boats In Trinidad Bay, Not One

I looked over the edge of the cliff this afternoon and wondered, where did all of the boats go?  They normally thin out this time of year but there are usually at least 2 or 3 boats out there all year.  Nothing. Not even a kayak. 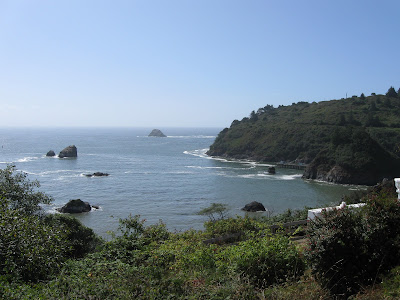 It wasn't the half inch of rain that fell on Trinidad overnight that drove them away, but the lack of access because the pier is closed.  This doesn't account for the lack of kayaks but it does explain why there are no real boats out there. Construction of a new pier is underway and a large crane can be seen at the foot of the old pier which is still standing.  Creosote from the old pilings is bad for the bay and some of the pilings were about gone at water level, just rotted out. 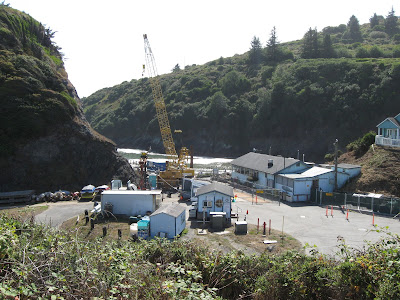 Unlike the old pier which was built of wood the new one will utilize two materials, concrete and steel.
Now I'm no architect or engineer but aren't those the same materials that failed badly about a decade ago in lower Manhattan when a 42 story skyscraper built in the 1980's fell out of the sky at free fall speeds due to some small fires?  Lets just hope people don't smoke near the new pier. 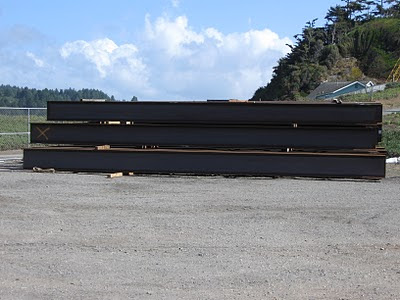 The SeaScape restaurant is still open and is a good place to watch one of the few construction jobs actually going on anywhere in the U.S. 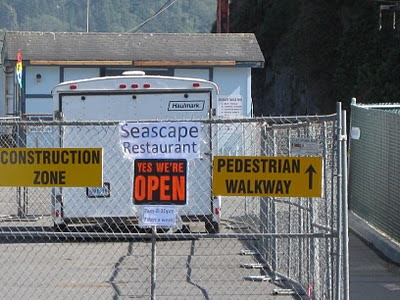