Occupy Eureka Back By Popular Demand

After 13 people were arrested at Occupy Eureka this morning and all of their camping gear was dumped in Coopers Gulch, they came back.  The 13 got out of jail and the orange plastic fence put around the grassy area of the Humboldt County Court House was pulled up and deposited in front of the glass doors of the 5th St. entrance to the court. 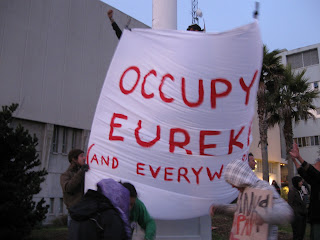 The crowd which grew from being joined by the 2 Arcata Occupy groups was a bit rowdy tonight and even blocked traffic once to the point that someone almost got run over.  The Eureka Police came after that and about a dozen of them held up on two corners across the street.

Andrew Goff of the North Coast Journal has been tweeting and said in one tweet: 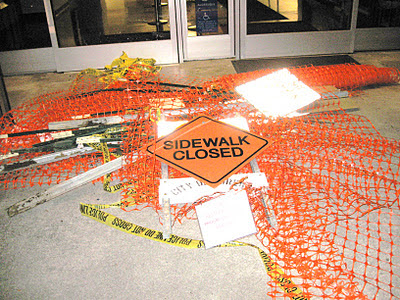