County Timber Payments Not Out Of The Woods Yet 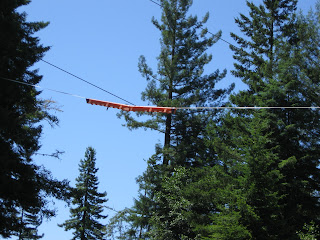 This afternoon the US Senate voted 74 to 22 to restore county timber payments that were taken away last year. That led to the closing or the threats of closing down school bus service in many rural areas in the country including Southern Humboldt.
A state fix called SB 81 was put forward by Governor Jerry Brown last month that allowed schools to use other funds to off set the cuts but that raised a whole set if different problems.
Counties aren’t out of the wood’s yet though,
The House of Representatives still has to vote on the Transportation Bill that contains the measure.
Posted by Tom Sebourn at 2:16 PM