Eureka Information is below 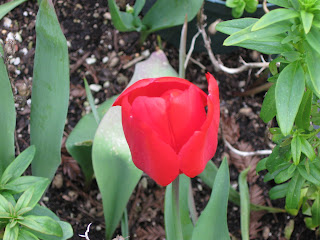 Tuesday, May 1st, will be a nationwide emergency outcry in over 100 cities about economic conditions in the . This is another important step in the growth of the populist resistance movement in the world’s lone superpower. On May Day, the Occupy Movement, the Immigrant Rights Movement, the Labor Movement, and the Student Movement across the country will march and organize in solidarity for economic justice.

1% of the population is controlling vast economic resources while many millions of people are struggling to survive. We will continue to draw attention to the major institutions which corrupt our society and cripple our livelihoods.
Four years after the financial crisis, not a single of the Too Big to Fail banks is smaller -- in fact, they all continue to grow in size and risk. Not to mention they are now immune from prosecution for foreclosure fraud.
Over a million homes are in foreclosure in the ; 3.2 million homes have been foreclosed on since 2008; in total, 18.5 million homes are vacant, while 3.5 million families are homeless.
The two major political parties are expected to spend nearly a billion dollars each to sell the presidency. Corporate money flooding politics is undermining the very principles of American democracy.
1 in 2 college graduates are jobless or underemployed and the national student debt is about to hit $1 trillion.
There will be an array of events in NYC, where the Occupy movement began, and other major cities including: LA, DC, , , , , , , and many more. We call upon people to refrain from shopping, walk out of class, take the day off of work, and other creative forms of resistance disrupting the status quo of the 1%.


May Day Flowers On The Fence!

Show Your Solidarity For International Workers Day!  That means U2!
Stand Up and Speak Out on May Day!     Soap box Provided. . .
Tuesday May 1st. at Humboldt County Courthouse
Featured Speakers too -  Noon to 1 pm . . . . . . Or  After Work!
Bring a lunch and listen to all this local eloquence
Have Fun!  Bring Drums, Tambourine or other percussion instruments.
"Yes and bring those flowers to beautify the neighborhood and make the courthouse more welcoming."
Posted by Tom Sebourn at 11:57 AM