Urgency Ordinance vs. The First Amendment

Urgency Ordinance vs. The First Amendment

Defend the First Amendment at a candlelight vigil, from 9 to 10pm, on Saturday, April 7, after Arts Alive, at the Humboldt County Courthouse. 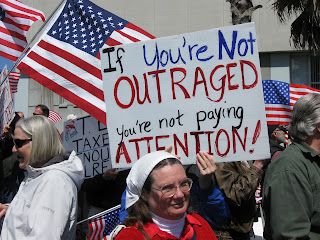 The ordinance passed by the Board of Supervisors last week that restricts protest activities in front of the Courthouse is unconstitutional and wrong-headed.
Restricting freedom of speech and assembly at the seat of our local government is a threat to groups of all political persuasions that use the public forum to freely express their views.  These groups include social justice activists, Native Americans, peaceniks, Tea Partiers, Veterans for Peace, anti-abortion activists, pro-choice advocates, Occupiers, Humboldt CPR, Women in Black, gay, LGBT people, supporters of victims of domestic violence, unions, Take Back the Night, health workers, conservation groups, and many others.  Over the years, demonstrators have hung signs on railings or the flagpole base, set up tables, canopies, bulletin boards, stages with PA systems, free-standing displays, signs and flags on bases.

Now, in an over-reaction to the Occupiers, these First Amendment protected activities have been outlawed, and a 9:30pm to 6:00am curfew has been imposed on the courthouse grounds.
Since the Occupy Movement began, there have certainly been some serious problems, mostly caused by non-politically motivated victims of a broken system, who have joined the occupation but do not necessarily participate in Occupy’s decision-making process or rules.  In the Legislative Findings section of the new ordinance these problems are enumerated: “…These incidents include numerous complaints of public urination and defecation, threatening and abusive language, sexual harassment, and smoking of marijuana… calls for service involving assaults and public drunkenness.”  Also mentioned are littering and improper disposal of waste and damaging public property.
Hmm…going down this list of incidents, aren’t all of these activities already illegal?  And how will restricting signs and banners and tables and hours of legal protest prevent the listed crimes?
Also mentioned in the Findings is that the Occupiers are somehow preventing other groups from using the public space at the Courthouse.  Occupiers have never opposed the right of other groups to demonstrate.
The only constraint on additional protests has been the chain link fence that severely limits the amount of available public space and creates a bottleneck at the courthouse steps.

The Humboldt County Board of Supervisors have become unwitting participants in “Reactionary Lawmaking.”  In reaction to the local Occupy Movement, they have enacted a law that restricts the First Amendment rights of everyone who might want to take up a cause in the public commons.  This is how our right to free speech is whittled away by well-intentioned officials.
Further, the Board has passed this as a so-called “Urgency Ordinance,” thereby limiting public discussion and comment on a very serious infringement of our rights.

The real solutions to the problems at the Courthouse do not involve further restriction of rights:Take the fence down.
Allow demonstrators to place and pay for a porta-potty, near the courthouse, as they have offered to do.
Arrest and prosecute anyone who verbally or physically assaults anyone else.
Enforce all other existing laws that guarantee the safety of the public.
Provide an emergency camping facility somewhere near the downtown, for anyone who needs a place to sleep and cannot afford it.

Reactionary laws, responding to the challenges posed by the Occupy Movement, are being passed in cities across the country.  They are “abridging the freedom of speech… the right of the people peaceably to assemble, and to petition the Government for a redress of grievances.”  While reasonable restrictions on time, place, and manner of First Amendment activities are legally permitted, laws like the Humboldt Urgency Ordinance go way too far in restricting public protest.  Vibrant, unfettered public expression is essential to a working democracy.  We must actively defend our freedoms, or they will be eroded by a myriad of new laws and regulations.

We are inviting you to defend the First Amendment, at an Arts Alive After-party and Candlelight Vigil, on Saturday, April 7, 2012, at the Humboldt County Courthouse, from 9:00 PM to 10:00 PM.
Whatever your feelings about Occupy Eureka, please understand the importance of defending our right to assemble and speak freely at our local seat of political power. We the people of Humboldt are the ones who must defend free speech from the oppressive new “Urgency Ordinance.”
Candles with safe, wax-catching bases will be provided. Bring your own “Self-Stabilized Sign,” or a flag, or a lawn chair if you wish to challenge the law.
Risk arrest (or not), but please be there to defend your rights.
–Dave Meserve
Posted by Tom Sebourn at 2:14 PM