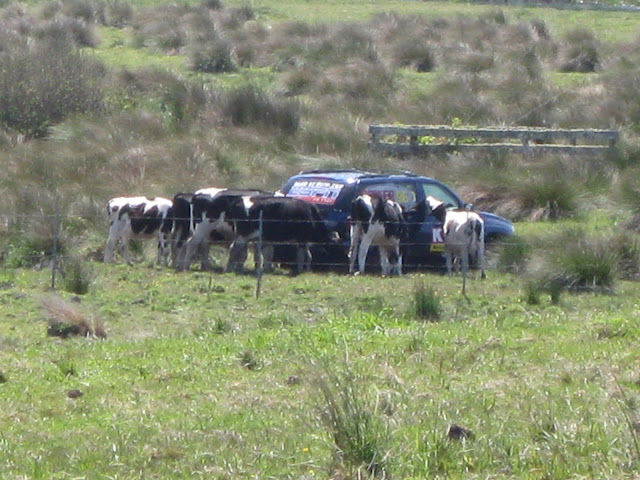 The Bicoastal Media Chevy Trailblazer sunk into a cow pasture this afternoon. I was with my transmitter engineer and we were attempting to reach the kgoe tower when we hit fake dry land. There was about an inch of dry dirt on top of about 8 to 10 inches of cow poop and mud. 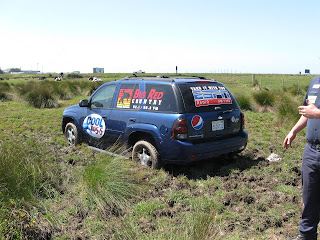 After a hike back up the hill to call a tow truck we noticed from the studios that the cows had become interested in the vehicle that was now their new favorite thing. 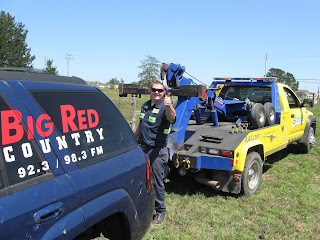 The nice guy at Buddy's Towing had us out in a jiffy. We gave him an ESPN 1340 T-shirt and signed something that looked like a bill my boss has to pay. Luckily for me the cows only licked and kissed the vehicle, mostly on the back where ESPN has it's logo and on the Power 96 and KGOE side. I presume that's what they mostly listen to. Talk, Sports and today's best music. I would have thought they would like KRED more but I guess cows don't like getting pushed around by cowboys all that much.
Posted by Tom Sebourn at 9:11 PM