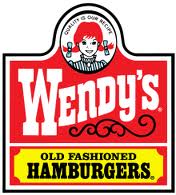 The only ’s fast food restaurant closed its doors for good last night.  The Wendy’s on in provided 32 local jobs according to KIEM news channel 3. Employees reportedly were told of the closing just before it actually happened.  The loss of jobs is what hurts.  There is still a great place to get hamburgers less than a block from there called Mike’s Garlic Fries.  It is locally owned but doesn’t provide local jobs except for the family that runs it.

Last year both KFC restaurants closed in .  One has become a Church’s Fried Chicken and the other is set to open as an independent Chinese food restaurant.  Also closed last year was the only local Jack In The Box franchise.  While the city of to the north has strict rules about where a fast food or chain restaurant may locate in that town, and places restrictions on drive thru businesses, which embraces the concept, can’t seem to keep them around.

Still, it would be better for our local economy if the Wendy’s reopened as Tony’s # 3 or another Starz Hamburgers both local businesses.  Across the street from the now defunct Wendy’s is another great local restaurant,  Porter St. BBQ where one can get a killer Tri Tip sandwich or chicken cooked over a hot oak fire.

I say if the chains don’t want to come here and help us get fat, let the locals expand.  If there is a real need for more restaurants, the locals will fill that need.
Posted by Tom Sebourn at 10:40 AM