3 City Council members in Arcata Ca.  are running unopposed in the November 2012 elections. Council woman Susan Ornelas, Vice Mayor Shane Brinton and Mayor Michael Winkler will be on the ballot unopposed because their challengers failed to gain enough signatures to qualify.  Kevin Hoover of the Arcata Eye broke the news that Valerie Rose-Campbell, Mark Sailors and Jolian Kangas did not get the 20 required signatures to qualify for the ballot.

Evidently folks are just fine with the way things are going in Arcata. 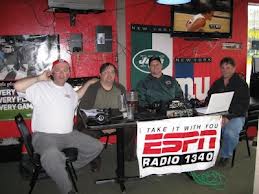 There was one person that should have qualified by getting 20 real votes, the "Super Fan" that joins J.B. Mathers, host of local am radio show North Coast Game Night.  North Coast Game Night is the mostly sports show on ESPN Radio 1340 AM on Monday's and Thursday's starting usually at 4 pm. The Super Fan Gary Batini, who is a regular on the show. He was challenged by J.B. on the air to be a conservative voice in the  mostly progressive bastion that is known as Arcata Ca. He refused to run, perhaps because it would mean that he could not do the radio show every week with J.B. and Tag due to election rules. Or it could be that the conservative  agenda is not one that most people on the west coast, much less in Arcata, are ready to support.

If a numbers genius like Gary Batini won't take a shot at pushing the conservative agenda in Arcata by simply getting on the ballot to show some opposition to the current leadership than who can?

Gary Batini is so smart that he predicted the exact number of Olympic Medals the U.S. would win this year.  If he can't take on the establishment, what are the rest of us to do?

Disclaimer: I work with J.B. Mathers and am sometimes involved with co-producing North Coast Game Night.  I was not given any extra cool gifts, real estate, cash, cars, free gas for life, free gas for a day, but my connections were good enough for me to get a free t-shirt. Not one that said Gary for Council but ESPN.  Perhaps it is better this way. The shirt doesn't expire. Still a Gary for Arcata would have been more fun than write-ins.