Was The Second Amendment Ratified To Preserve Slavery? 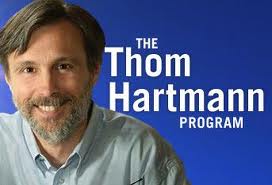 Thom Hartmann writes an interesting study of the Second Amendment of the US Constitution. He lays out why the amendment says "States" and not the "Federal" government when referring to a well regulated militia. Hartmann says these militias were originally used to keep southern slaves from uprising.

Read the story and Truth-Out
Posted by Tom Sebourn at 1:29 PM 3 comments: 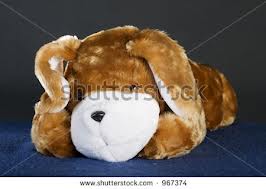 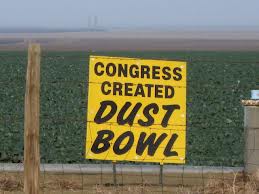 Read more about the lawsuit from Mc\clatchy
For More background on this unfolding story click here.
Posted by Tom Sebourn at 2:20 PM 7 comments:

Get the lemon and butter ready because tomorrow local Dungeness crab will be coming ashore.

Until now fresh  Dungeness crab has been coming from the San Francisco Bay area or Oregon. Many boats can  be seen on the water tonight bringing in the catch. Local commercial crab fishermen put out their pots on Jan. 13th. and the season opens Jan. 15 which is just a few hours away.

They still need creative people to enter their graphics contest, more at info@fairwages.org 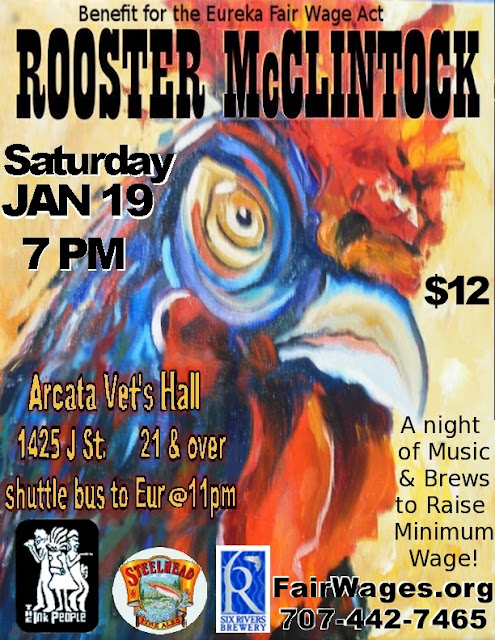 Must be 21 or older to attend.

If you live in or , a shuttle bus will leave the show at 11pm to return people home

A night of music and brews to raise the minimum wage!

The Fair Wage Graphics Contest winners will be announced during the January 19th benefit concert.  Need not be present to win.

Raise a glass. Raise the roof.  Raise the minimum wage!

The Fair Wage folks have proudly partnered with the Ink People to put on this event. 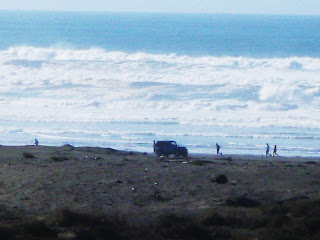 I remember something like this happening over a dog before during the last 15 years that I have lived on the north coast. I haven't been able to find the story I am recalling on the internet but it seems that this happens all too often here and along the north coast of California.

Just over a month ago, 3 members of an Arcata family tried to rescue their dog and each other at Big Lagoon Ca. and were lost to the mighty Pacific Ocean. The one family member that called 911 and didn't go into the water was survived, along with the dog that made it to shore.

In this New Years Day tragic story, a man died trying to save his wife and dog that were caught on a beach in high surf at Point Reyes National Seashore which is roughly 170 miles south of the Big Lagoon tragedy. People on the beach helped the man's wife get to shore and the dog made it by itself.

When at the beach here in Northern California: Please don't try to rescue a swimming or otherwise swept into the sea dog. Dogs seem to do a better job of getting out of the water than humans do. Always keep your eye on the surf when on the beach, sneaker waves which are much larger than the rest of the surf are a constant hazard and can sweep you into the sea if you are not paying attention.
Posted by Tom Sebourn at 11:33 PM 4 comments: