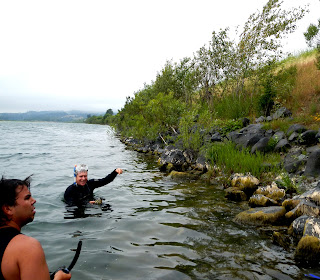 Dozens of volunteers for the Eel River Recovery Project (ERRP) monitored water temperature,
flow and algae blooms in 2012 to provide information about the ecological conditions of the Eel
River and to answer questions posed by the community. The ERRP was organized in 2011 in
response to concern about reduced Eel River flows and emerging water quality problems that
include toxic algae. The 2012 citizen monitoring project was aimed at collecting data to test
community questions or hypotheses and was able to confirm that flows have diminished since 1996
when medical marijuana in California was legalized. Data also show major recovery in some parts of
the watershed and provided the answer to questions posed by local volunteers.


The 2012 ERRP monitoring project was able to establish that three major tributaries of the Eel
River, Outlet Creek, Tomki Creek, and Ten Mile Creek, were dry in late summer and fall 2012 when
that was not their historic condition prior to 1996. All three creeks were formerly major producers
of salmon and steelhead, including now endangered coho salmon, and also supplied large amounts
of clean water that helped the mainstem Eel River maintain its ecological balance. The 2012 ERRP
report recommends that Ten Mile Creek be targeted as a top priority for water conservation because
of its historic productivity and because it is near the upper South Fork Eel River coho population
that is one of the last functional population centers in northern California. 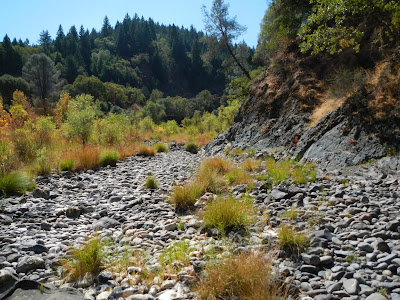