Some farmers use these on their orchard trees to scare away birds. I'm not sure if there are any other recyclable uses for used, scratched, unwanted and or just plain bad Compact Discs. As a radio station we get them mailed to us for psa's, music and even some shows (mostly in the olden days, now they come through the internet). 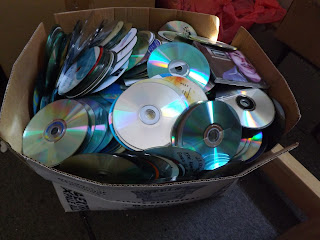 If anybody wants this box of C.D.'s just call the radio station at 707-442-2000. They are heavy and you will need to arrange to pick them up. Oh yeah, they're free and they don't have cases. I will hold them for a week. If I get no calls or takers, they go into the trash. 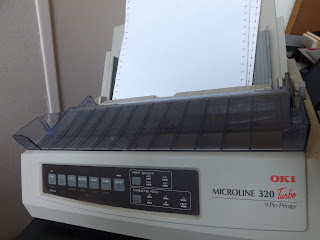 Also for the taking are two Oki Data tractor pull dot matrix printers. One is fairly new and both worked last I checked. These come with half a box of paper. It has the holes on the sides that tear away, you might remember these economical old school printers that use ribbons instead of ink cartridges made from liquid gold.

Posted by Tom Sebourn at 1:09 PM No comments:

The warrant service was the culmination of a joint criminal investigation conducted by Eureka Police Department Detectives and Investigators of the Humboldt County District Attorney’s Office. The joint investigation was conducted after information had been received from a Eureka Police Officer about alleged criminal misconduct perpetrated by Sgt. Adam Laird. Sgt. Laird had his police powers suspended and was placed on administrative leave since incident was reported.

The investigation was initiated at the direction of Chief Murl Harpham. In accordance with inter-agency protocol, the Eureka Police Department notified the Humboldt County District Attorney’s Office and formally requested its assistance. Since this is an ongoing investigation no further information is being released at this time so as not to compromise the integrity of the process.

Sgt. Adam Laird was booked into the Humboldt County Jail and was released after posting bail.

Sgt. Adam Laird was one of the officers that was involved in the beating that (allegedly) lead to the death of Martin Cotton II.


submitted by copwatch on Sun, 04/05/2009 - 4:22pm
Officer Laird pepper-sprayed Martin Frederick Cotton II.  He also beat Martin  with a baton and kicked him while Martin was face down on the cement with his hands underneath his body. Martin was in the police car with Laird when brought to the jail.  Martin was never brought to the hospital after EPD beat him brutally for at least 15 minutes.
For more on the death of Martin Cotton II, Click Here

Web Site For Tracking Planes Above Us

Here is a link with more information about the site and how to use it.

Labels: Chemtrail Plane Tracking, How To Track Planes Above You


Find Out About What Is Going On With Fish in Eel River!
The Eel River Recovery Project (ERRP) is sponsoring presentations on fishes of the Eel River on Monday
evening April 22 at the Monday Club at 621 11th Street in Fortuna beginning at 6:30 PM. Presentations will
explain how volunteers helped to collect data confirming that 2012 fall Chinook numbered in the tens of
thousands. Information will also be shared about other fish species such as pikeminnow, sturgeon and
steelhead. Exciting underwater video of huge groups of salmon will be shown and the plan for increased use
of video in 2013 surveys will be discussed.


ERRP Volunteer Coordinator Patrick Higgins
will also present information on 2012 fall
Chinook counts in the lower Eel River. Pat will
touch on his other discoveries about fish species
throughout the Eel River basin. His
observations on the introduced predatory
Sacramento pikeminnow (formerly known as
squawfish) is that they are much less abundant
that in the mid-1990’s and there is evidence that
their population is being partially controlled by
otter predation.

Humboldt Redwood Company (HRC) hydrologist and fish biologist Nick Simpson used dives teams of
company employees augmented by ERRP volunteers to get an index of Chinook salmon abundance between
Dyerville and Scotia on the main Eel River. “Having motivated volunteers allowed us to expand our dive
teams, which really helped HRC collect better data on fall Chinook salmon use of the Eel River reach
adjacent to our property,” said Simpson. He will talk about fall Chinook dives and other fish related
discoveries from other HRC surveys in the lower Eel River and Van Duzen River basins. HRC, the Wiyot
Tribe and Bear River Rancheria were all 2012 fall Chinook dive co-sponsors.


ERRP volunteers now have widespread sightings
of sturgeon, suggesting that that species may too
be resurging. Pat will also talk about 2013 ERRP
plans for citizen-assisted monitoring of fall
Chinook and explain how people can get
involved. There will be ample opportunity for
questions from the public. ERRP welcomes
ideas from the public about additional citizen
monitoring project opportunities that help better
understand the Eel River and its fishes.

The Eel River Recovery Project is a grassroots based group that operates under the fiscal umbrella of the
Trees Foundation. In addition to assisting with Chinook salmon monitoring, ERRP also conducts water
quality, flow and algae surveys. The group hopes to scientifically define problems to build a basis of
community understanding and then help speed implementation of water conservation and pollution control
that allow Eel River ecosystem recovery. See www.eelriverrecovery.org to access the full 2012 fall Chinook
salmon report or call 223-7200, if you have questions.
Doors will open at 6:15 PM, there is no charge for admission, and refreshments will be served.

Posted by Tom Sebourn at 3:43 PM No comments:

- Lauren McCauley, staff writer at Common Dreams.org
Infants on the West Coast of the United States are showing increased incidents of thyroid abnormalities, which researchers are attributing to radiation released following the March 2011 meltdown at the Fukushima Daiichi nuclear power plant. 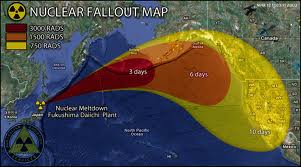 According to a new study (.pdf) published in the Open Journal of Pediatrics, children born in Alaska, California, Hawaii, Oregon and Washington between one week and 16 weeks after the meltdown began are 28 percent more likely to suffer from congenital hypothyroidism (CH) than were kids born in those states during the same period one year earlier.
Read More from this story at Common Dreams.org
Posted by Tom Sebourn at 2:57 PM 2 comments:


From Bill Holmes of Eureka

For my fellow Eurekans who treasure their right to vote.

The Constitution of the State of California has guaranteed since 1879 the voters the right to approve by 2/3 majority the sale of long term obligations.  (Bonds)

In the dark of election night last November the Eureka City Council passed a resolution that in effect filed a lawsuit against "All Persons Interested."   In effect every citizen of Eureka was sued, but more importantly the 14,000 voters of Eureka were sued to strip them of their right to vote on an $8.5 million bond issue - and ALL PENSION BOND ISSUES IN THE FUTURE.

We have one week to fix this.  Trial is next Monday April 8th. and I have asked for a jury trial.  I am not a lawyer the best defense I will be able to mount will be a few simple constitutional arguments and hope that the jury rules in our favor.

If you want the details go to my blog.  http://highboldtage.wordpress.com/

This is a bizarre reverse class action lawsuit and I was the only one to answer it.  Am I the only one in Eureka that cares about the right to vote?  I don't think so but where are you?

This issue cuts across party and left/right lines.  My issue is that I am a small "d" democrat who wants to protect democracy.  I think the bonds are crappy junk bonds but the city has the right to issue crappy junk bonds - if the voters approve.  That's my issue.

Call the city council and demand that they end this farce NOW!  Demand that they WITHDRAW THE LAWSUIT AGAINST YOU AND PUT THE BOND ISSUE ON THE BALLOT.

have a peaceful day,
Bill

Paul Krugman Writes About The Rise And Fall Of California, And It's Rise Again

I have always been a supporter of the state of California. I was born here, I grew up here and I plan to stay here. I always grin when I hear some Texan talk about all of the businesses moving from California to Texas and how great their dirty, toxic right to work state is. For one, Californian's create more businesses than any other state. So many that we have the most failed businesses as well as the most successful businesses. We create so many  businesses that we export them to Texas and create more.

I have always felt that if California were like Texas, we would line the eastern boarder with coal fired plants and businesses. All of the smog and toxic mercury would just float east on the jet stream and ruin the ecology of the rest of the country. We don't do that however, we even take the added step to make sure our cars and trucks run cleaner so that we and the states that inherit our air quality are no worse for it. If we were more like Texas, the entire country would be more of a toxic waste dump. Texas should thank us for the businesses and  clean air we export. They on the other hand, don't seem to care about our good deeds or  what happens to the quality of life in their state and the states around them. That's why I will always be a Californian. Now when it comes to pure politics and economics, Paul Krugman writing for the New York Times has some interesting facts to explore in his latest column.
Posted by Tom Sebourn at 2:22 PM 4 comments:

I just read Clay McGlaughlin's take on what is happening at Strawberry Rock in Trinidad Ca. and was impressed. The story gives both sides of a touchy situation where a private land owner wants what they believe is rightfully theirs and a local populace that would like for them to see a larger picture. Green 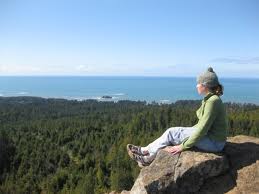 Diamond Resource Company plans to clear cut or as they call it (Even Age Manage) the forest around the iconic rock and there is an effort to save the stands of older trees and create a park.

Here is the story that should be in tomorrows Times-Standard newspaper.