(NaturalNews) Late last week, a story broke that revealed glyphosate -- the chemical name of Roundup herbicide -- multiplies the proliferation of breast cancer cells by 500% to 1300%... even at exposures of just a few parts per trillion (ppt).

The study, published in Food and Chemical Toxicology, is entitled, "Glyphosate induces human breast cancer cells growth via estrogen receptors." You can read the abstract here. 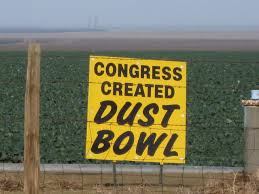 In December of 1997, California released its Glyphosate in Drinking Water California Public Health Goal (PHG) document. You can view the document yourself at:
http://oehha.ca.gov/water/phg/pdf/glypho_c.pdf

Glyphosate is a non-selective systemic herbicide used in agriculture, rights-of-way and aquatic systems. Exposure to glyphosate may occur from its normal use due to drift, residues in food crops and from runoff into potential drinking water sources.

It then goes on to state something borrowed straight from Monsanto's quack science team: "Glyphosate is not mutagenic or teratogenic and there is no evidence for reproductive toxicity in multigeneration studies in rats."

Based on this blatant lie, California set an upper limit of "1.0 mg/L (1,000 ppb) for glyphosate in drinking water."