A number of common assumptions about marijuana use require more scrutiny based on hard scientific evidence instead of limited anecdotal data, according to a Humboldt State University academic journal.

A wide-ranging special issue of the Department of Sociology’s Humboldt Journal of Social Relations cautions, for example, that the so-called ‘gateway’ concept—that marijuana consumption necessarily leads to harder drugs—is oversimplified. The sequence of individual drug use, whether one drug leads to another, appears to vary more than the gateway theory suggests.

In some instances too, according to one of the journal chapters, marijuana appears to be a ‘reverse-gateway’ drug that may reduce certain forms of opiate use among some patients.

The latest edition of the Humboldt Journal of Social Relations, published annually, comprises solicited, peer-reviewed contributions from a national audience of marijuana research specialists, most of them non-HSU academics. The editors were Ronald Swartz, chair of Humboldt State’s Department of Social Work, and Beth Wilson, chair of the Department of Economics. Humboldt State’s new Humboldt Institute for Interdisciplinary Marijuana Research (HIIMR) sponsored the issue.

Co-editor Wilson, a member of the HIIMR, said there are too few scientific studies of marijuana because of the difficulty of obtaining data. “Given the changing legal landscape,” she emphasized, “it is increasingly important that we have a better understanding of marijuana’s effects on the economy, the environment and society.”

Added Swartz, “This collection of peer-reviewed articles supports a growing consensus in scholarly, professional and policymaking communities that expanded research is necessary to keep up with a rapidly developing marijuana-related landscape.” 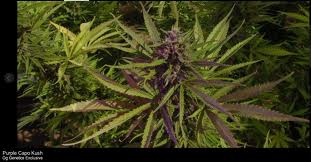 One of the eight journal submissions cautions policymakers that there is no one-size-fits-all regulatory regime for cannabis. Notably, it says, there is a distinction between the palliative and curative effects of marijuana. Therefore “a dual regulatory approach may work best.” Some elements of the plant could be approved by the U.S. Food & Drug Administration and others could be sold as “herbal supplements,” according to the analysis.

Journal contributors underscore that hard empirical data are essential if the laws and regulations governing marijuana are to be effective and just. For example, field sobriety tests should be developed for driving under the influence of marijuana, one of the journal articles recommends, because it is more difficult to infer motor function impairment from blood tests for past marijuana use than it is for alcohol. Many states are adopting zero tolerance laws that focus on drivers’ past use of marijuana rather than present impairment. Such laws are premature because they will not be verifiable until accurate field sobriety tests can be set up.

Regarding the gateway controversy, contributors say that although there are numerous academic studies of whether marijuana is a gateway drug, the subject remains in serious dispute—again illustrating the need for more, and more comprehensive, scientific research.
Posted by Tom Sebourn at 12:07 PM