Press Release
North Coast Co-op Introduces New GMO Policy
Arcata, CA—On June 1, 2013, the North Coast Co-op implemented a new policy regarding genetically modified organisms (GMOs). The new policy reads as follows:
“In order to influence the regulation of GMO labeling, we are no longer knowingly accepting new non-organic products that include GMO high-risk items in their ingredient list, unless they are enrolled in The Non-GMO Project or can provide to us a detailed description of the measures they have taken to avoid GMO contamination. With the exception of WIC items, this new policy applies to all departments. Non-organic crops at high risk for being GMO include, but are not limited to: canola (rapeseed), corn, cotton, soy and sugar beets.” 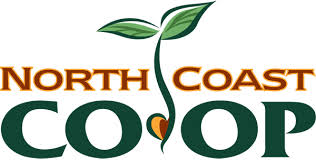 The policy continues on to define organic, Non-GMO Project and WIC, as well as provide information about ingredients that are commonly derived from genetically modified organisms, such as high fructose corn syrup, aspartame and natural flavors.
“If ever we are to achieve national labeling regulations, our new GMO policy must have the specific, stated goal of influencing labeling, and not be confused with removing GMOs from our shelves. We must continue to provide education about GMOs and the need for labeling. Without labeling laws, we will never have the ability to truly remove GMOs from our stores, if that’s what our members demand, because our ‘natural’ food supply is becoming more tainted with GMOs every day in the absence of labeling regulations. We appreciate the time and energy of everyone who voiced their desire for the Co-op to continue to be a leader in this matter, and to those who helped develop the best policy for the North Coast Co-op,” said Melanie Bettenhausen, Outreach Director.
Many consumers were not aware of GMOs until Prop 37, the initiative to label GMOs, made the ballot in California’s election last fall. Although Prop 37 didn’t pass, it received 49 percent of the votes in favor of labeling, and it passed with 63 percent of the votes in Humboldt County. Since that time, consumers have been more conscious of GMOs, their potential negative health and environmental effects, and have made an effort to avoid them.
Genetic modification occurs when the gene of one plant or animal is inserted into the DNA of another plant or animal to produce a desired result. These genetic mutations do not occur naturally, but in a lab. Proponents of genetically modifying food claim that more crops can be grown in adverse conditions such as drought, but opponents say that crops are genetically modified to resist herbicides and pesticides, encouraging the use of more toxins in farming practices.
Those in opposition to GMOs range from faith based groups to natural food enthusiasts to moms looking for answers for the rise in food allergies in kids. Regardless of the reason for concern over GMOs, the demand for labeling includes bi-partisan support and has become a national issue. People want to know what is in their food.
“With as much as 80% of conventional processed foods now contaminated with GMOs it’s a mind blowing prospect to try and live a life free from GMOs, but I am hopeful,” said Kelli Reese, General Manager of the North Coast Co-op, “There are a number of states with labeling initiatives on their ballots and there are a number of individuals who are investing countless hours into the fight, including congress members and senators.”
The North Coast Co-op is not alone in implementing a GMO policy. Other natural food co-ops around the nation have banded together to implement similar policies that don’t allow new products to contain GMOs.
The North Coast Co-op has been working on the GMO issue since 1998, bringing awareness to GMOs in our food supply through education. Their first labeling attempt, nearly a decade ago, was to identify GMO-free products by applying a green dot to price tags of organic products. Since that time, many more companies have become certified organic (meaning no GMOs), but transparency in non-organic products that are not Non-GMO Project verified is still an issue. As it has in the past, the North Coast Co-op is asking for the community’s help in identifying opportunities to provide education around GMOs. The full GMO policy can be read in the June issue of the Co-op News at www.northcoastco-op.com/stores.htm#news.
The North Coast Co-op is a member-owned community market guided by cooperative principles emphasizing a diverse selection of organic, bulk, and local food products. The Co-op provides consumer education so that shoppers can make informed choices.