Industrial Hemp Is Now Legal To Grow In California

Some restrictions may apply but according the The San Francisco Guardian on line, California Industrial Hemp Farming Act or SB 566, was signed by Governor Brown last Wednesday.

Thousands of hemp products are manufactured in California and the manufacturers have all been paying to import the fibrous plant material which is a non psychoactive version of marijuana. 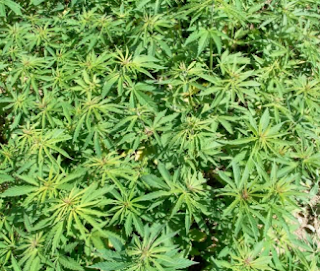 The fiber is what the first draft of the US Declaration of Independence was written on.  It is a replacement for wood fiber and is renewable just like trees, but a new hemp forest can grow in just 90 days. It takes decades for most trees to grow a new crop. It is also better at making canvas and other textiles than cotton due to it's strength. It requires far less water than cotton to grow and 1 acre of hemp will produce as much fiber as 2 or 3 acres of cotton.  It can be used in building materials including insulation and fiber boards.

Cancelled! According to a tweet from local talk station KINS this meeting tonight has been cancelled.

Tomorrow the City Council of Eureka will hold a special meeting tomorrow at 5 pm. What's the agenda for the special meeting? A ban on medical marijuana dispensaries withing Eureka.

This is from Eureka Councilwoman Linda Atkins facebook page.

Please come and let your views be known. 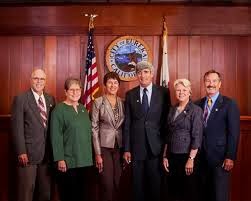 For those of you who don't get the Paper (a few I think), I wanted to let you know that the Eureka City Council has a Medical Cannabis Dispensary Ban on our agenda for a Special Meeting tomorrow Thursday September 26 at 5pm. We spent many months drafting and refining an ordinance that would allow people to purchase medical cannabis from legal sources in our town. Now, even after the California Supreme Court ruled that cities have the right to regulate medical cannabis and the DOJ has specifically mentioned local ordinances regulating medical cannabis as being a step in the right direction in keeping criminals from profiting from the sale of medical cannabis, the City of Eureka has a ban on a Special Meeting Agenda.

How does this happen? We had not one negative testimony from the public during our consideration of the ordinance. Please come and let your Council know how you feel about this.
Posted by Tom Sebourn at 4:02 PM 1 comment:

According to the Web Site, Natural Society dot com, the US Senate has taken some heat from their constituents and will vote against the so called Monsanto Protection Act which would have protected companies that develop and engineer GMO's or genetically modified crops from courts and judges.

In a major victory brought upon by serious activism and public outrage, new legislation changes will shut down the Monsanto Protection Act rider that granted Monsanto protection from legal action and was set to renew on September 30th.

Warnersville, The New Book By Susan Morton Of Trinidad

Local Trinidad artist and resident Susan Morton, known by many as the team leader for the Redwood Express horse drawn wagon rides in Trinidad has written a book. 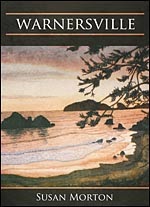 From the publisher, Tate Publishing and Enterprises, LLC.:
Warnersville is a glimpse into small town life in the 1970's and early 1980's with all its drama, comedy and characters. Susan writes about some of the incidents she responded to as a pioneer woman in the fire service, and also some of the daily comedy experienced and the characters in a small town.

From the book:
"The barn was fully involved in flames when we rolled up. I was a Fire Captain then, so I quickly organized two teams of two firefighters each to handle the 1 1/2" attack lines. I was between them as we were advancing toward the flames when I began to hear strange buzzing and whizzing sounds. 'Buzzzzzzzzz....thunk! Whizzzzzzz.....thunk!' I was pondering this when I saw a bullet on the ground and I realized that the fire was shooting at us!"

Susan Morton will be doing a couple of book signing events coming up.

Below are two videos, both are parades that take place every year at the North Country Fair in Arcata California. The two day weekend event hosts the parades, two stages with constant entertainment, about nearly 200 booths with beer, pear/apple cider, food, crafts, cloths and lots of other artistic wares.

Samba Parade courtesy of Calimntgirl34. This is some great footage. Lots of drums and great looking people.

His family says that last night Eldin Green died peacefully in his sleep. I first met Eldin at the radio station. We wanted to feature feature a local artist on Fridays and play one of their songs but didn't want to have to deal with all of the calls and pressure from the many great local bands. Enter Eldin Green from one of those bands, Dr. Squid. He was running a web site called Humboldt Music.com which was an online hub for local musicians to get their stuff out there to the world to hear.

Eldin approached D.J. Pete Meyer and myself about doing a local music show and we told him about our idea for a Friday Spotlight and we struck up a deal. Eldin would pick the band and the cut and we would record him doing a short introduction about what we were about to hear followed by the song. It was a match made in heaven. We didn't have to be the bad guys for not playing someones song and Eldin had one more outlet to share Humboldt Music.com and the bands that are a part of it.

It was a win win situation for us, Eldin and the bands.

Eldin Green did a solo album of original music that while somewhat simplistic in nature has great grooves and hooks that keep you listening till it's over.

A Memorial Parade will take place in Fortuna Ca. at Noon.

This from the Times Standard facebook:
12 years laterThe annual 9/11 Memorial Parade will be held on Wednesday, Sept. 11, at 12 p.m. on Main Street in Fortuna.The entire community is encouraged to participate. Please bring an American flag to carry in the parade.
The parade will start at the City parking lot on “L” Street between 11th and 12th Streets.

There will be a ceremony to honor and remember those who gave their lives on Sept. 11, 2001.

Anyone can fish without a fishing license today in California. Fresh or salt water, it doesn't matter. 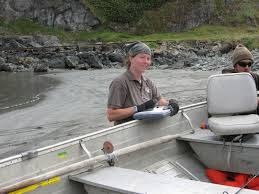 If you want to go after one of the more exotic species like Salmon, Steelhead, Abalone, Sturgeon or others, you will still need to purchase an appropriate tag and report card.

All other regular restrictions still apply.
Here are the details from DF&W.
Posted by Tom Sebourn at 10:26 AM No comments:

A suitcase carrying nothing but family photographs was stolen from a car at 18 West 14th. Street in Eureka. Two women came in to the radio station today and told us they just want the pictures back. The family photos go back 83 years they said. The suitcase was green and anyone that might find it is asked to call 707-442-6792 and ask for Lorelie or Margret or email mvreed@outlook.com. Whom ever did this probably thought the suit case contained something valuable but photos are only valuable to the family that they were stolen from. Please Help!
Posted by Tom Sebourn at 3:40 PM No comments:

Posted by Tom Sebourn at 2:00 PM No comments:

The New York Times and Reuters on the war we're not at yet.
Kerry's Claims on Syrian Opposition Don't Hold Up: Experts | Common Dreams

I am already against the next war. Here is what ex world leaders are saying:
http://www.ipsnews.net/2013/09/ex-world-leaders-urge-u-s-to-forego-military-attack-on-syria/
Posted by Tom Sebourn at 10:45 PM No comments:

Update: One boat already got into trouble.

Posted by Tom Sebourn at 9:29 PM No comments:

My cellphone got all jiggy with me and shot this on Sunday.
Posted by Tom Sebourn at 11:17 PM No comments:

There was a small turnout for this protest as you can see at the link above.

Posted by Tom Sebourn at 1:38 PM No comments: