"If you’re a Northern California veteran who has waited a year for a decision on a war-related disability claim, you might consider a move to South Dakota – where the U.S. Department of Veterans Affairs typically responds in less than half the time."

See Map and rest of story

It turns out that California might not be the best place to apply for disability claims with the VA just due to the amount of government workers available in our state verses a states with small populations. So If time is of the essence, get your benefits in a smaller state and then relocate to California.
Posted by Tom Sebourn at 9:48 PM 1 comment:

What Ever Happened To $2.3 Trillion Dollars The Pentagon Admitted It Lost The Day Before 9/11?

With all of the talk about cutting peoples pensions, unemployment, food stamps and welfare in general, it is strange that $2.3 Trillion dollars is spent and no one knows how or where?

Quinn at the Daily Kos writes:


It was forgotten in the wake of 9-11, but on 9-10 the Secretary of Defense Donald Rumsfeld said:


On September 10, 2001, Donald Rumsfeld gave a speech at the Pentagon where he stated:     “According to some estimates, we cannot track $2.3 Trillion dollars in transactions.”
“The adversary is closer to home, it’s the Pentagon bureaucracy.”
“In fact, it could be said that it’s a matter of life and death.”


Let me be clear that I am NOT trying to draw a parallel between the timing of Rumsfeld's statement and 9-11....this is NOT a 'CT' thing. But, as the right revisits 'welfare queens' with 'Obama phones', I think it's a fair question to ask.

You Must See The Rest Here

Quinn also asks why congress is so obsessed with cutting food stamps and looking for welfare queens when 2.3 Trillion dollars disappears and no one investigates as to who got that money? They just wrote it off and covered it up.

I agree with Quinn with the exception of the coincidence of the timing. I think that the fact that this news was announced the day before 9/11attacks destroyed the area of the Pentagon where the records of the lost transactions or at least some paper trail might have existed, is awfully suspicious and convenient.

After you see some links at the Daily Kos above, watch the video of Rumsfeld himself making the statement.
http://youtu.be/W-F5NKAMdFc

It wasn't really a sculpture at all. It has been so cold here that when I turned over a bucket that had contained rain water, this beauty fell out. I just framed it on my outside bar overlooking Trinidad Harbor. Ok, so I don't really have a view of the harbor, but my friend Danny did a pretty good job of hooking me up with a good facsimile. 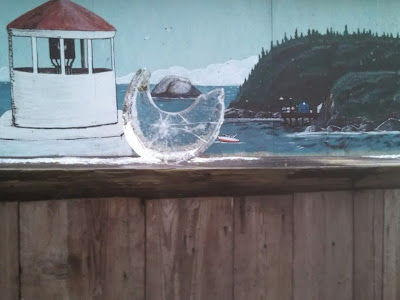 I missed this story that came out more than two weeks ago from Cynthia McCormick writing for The Cape Cod Times at www.capecodonline.com. This is probably the best discussion about the current situation that I have read that comes from a scientist that knows the subject. The following is from Ken Buessler at the Woods Hole Oceanographic Institute.

"He's one of a few people who does this research," Burnell said. "It's not replicated in a lot of places."
Scientific interest in measuring radiation in ocean waters dropped after the atmospheric nuclear test ban treaty in 1963, Buesseler said.

His own expertise in the field was honed after the Chernobyl meltdown in 1986, when he studied the impact of the nuclear fallout on the Black Sea.

After the earthquake and tsunami damaged the Fukushima reactors less than three years ago, Buesseler got private funding from...

What is not being addressed in this story is radiation in the air, rain and snow. Is there increased or spiked increases  in measurements compared to background measurements made years ago.?  Should we be concerned here on the west coast?  And why shouldn't we be?

What is being addressed is the fact that this study is taking place and  is from a private grant not our governments. Why aren't they being more forthright? Our government has a sequester that is slashing money the federal government spends so that affects funding for projects like this. The other reason might be that our governments doesn't want us to find any excess radiation. Canada doesn't have our Sequestration excuse. They could be informing us of what they are finding.
Posted by Tom Sebourn at 12:26 AM No comments:

Snow and other frozen stuff fell from the sky overnight near Trinidad Ca. 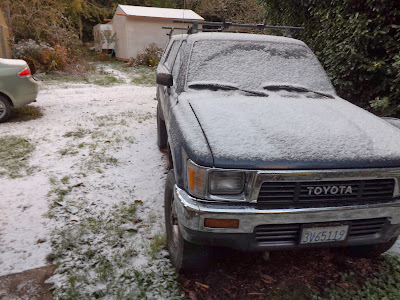 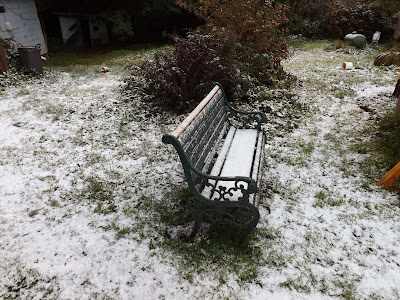 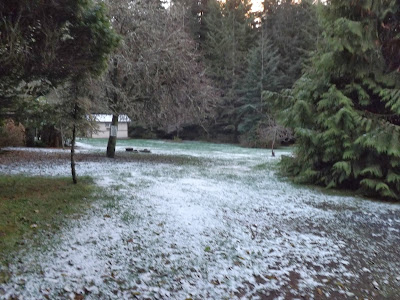 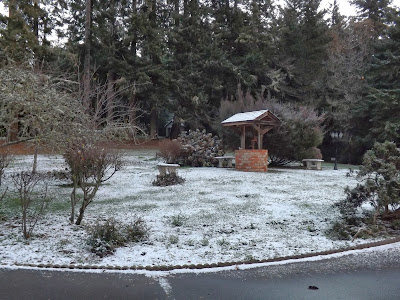 There were all manor of frozen water falling from the sky overnight. Some hail, some fluffy fat snow flakes and some of those frozen rain pellets that look like the Styrofoam pellets in a bean bag chair.

I am guessing that right now is a bad time to be driving.
Posted by Tom Sebourn at 8:02 AM 1 comment:

It is with a heavy heart and a sad face that I report what may be the death of commercial progressive talk radio on broadcast rstations in the US.

The radio home of Stephanie Miller in Los Angeles  will now be the new home for Rush, Hannity and other right wing blowhards.

Brad Friedman of the Brad Blog reports this afternoon:

The largest media market in the world is about to lose its only non-Rightwing commercial talk radio station. Los Angeles' KTLK 1150am will be flipped to a far Rightwing station featuring hosts like Rush Limbaugh, Sean Hannity, Glenn Beck and other rightwing talkers. "The changes are set to take effect for the first broadcast of 2014," according to the Los Angeles Times this afternoon.

Read the rest at BradBlog.com

First there is this from the National Weather Service in Eureka.
Thursday Night: Mostly cloudy. Chance of rain and snow. Snow level 1000 feet. Lows 28 to 38. North wind around 15 mph.

Posted by Tom Sebourn at 8:12 PM No comments: