Eureka McDonald's Being Torn Down

As you come into Eureka from the north, US 101 turns to 4th Street. About two blocks into the north end of town used to be a McDonald's restaurant. Today, the place is being torn down into a pile of rubble. For those of you that don't like McDonald's for what ever reason, this is not your cause to celebrate. Just as 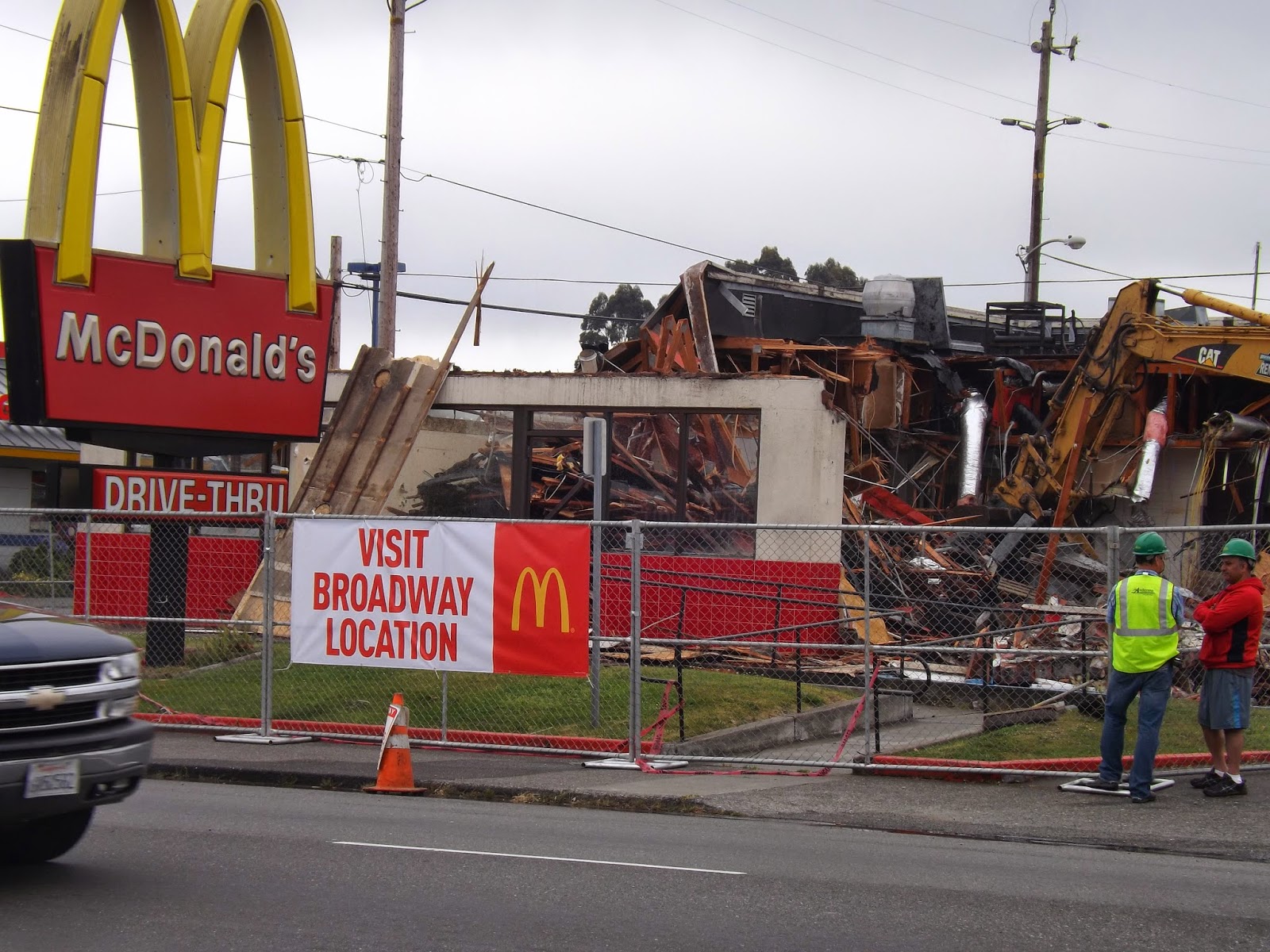 Wendy's in Eureka was torn down and became a new fancy modern Wendy's with fireplace and big screen TV's, McDonald's is doing the same. The 4th street location was worn out from age, heavy volume and fatigue so the owner will be doing something similar to what they did at Valley West in Arcata at that McDonald's where there are now couches and big screen TV's in a relaxed atmosphere.

So, if coming to Eureka from the north, just remember that Mc Breakfast place on the left hand side will be closed for at least a few weeks.  This is a great time for people that are stuck in a rut to branch out and try some of the other great eating establishments in Eureka. But if the only thing that gets you going is Mc Food, the McDonald's on the south end of town by the Bayshore Mall is still open.