The 3 day Kinetic Grand Championship race got underway in Arcata at Noon today. They left the Arcata Plaza and headed to the Manila Dunes where most of the sculptures will change to their sand tires and get ready for the trek out over the sandy dunes to the beach.

After reaching the beach the machines will head about two miles south along the coast before climbing a seriously tall coastal dune where crowds of cheering fans will watch them fly down the other side known as "Dead Man's Drop". Some vehicles will have to be towed up and others will crash on the way down. It's all for the glory! 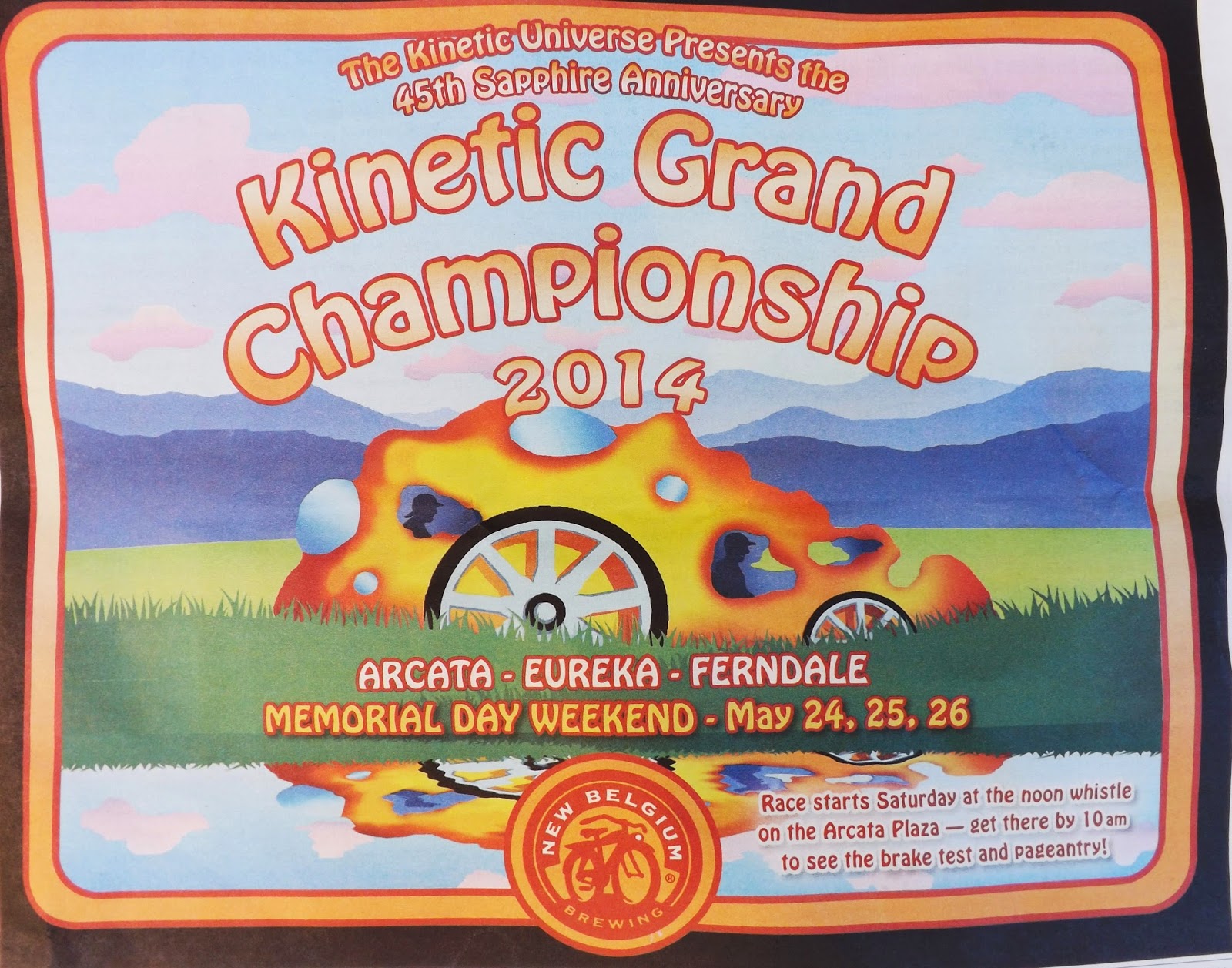 Today's race ends at Halvorsen Park in Eureka which is near the Samoa Bridge. See the map below.
There will be a party complete with live music, food and even a beer garden. The public will get a chance to meet the racers and get up close and personal.

Tomorrow they will enter Humboldt Bay at the Samoa Bridge boat ramp at 10:32 AM. From there they (if they don't immediately sink), they will paddle or otherwise propel themselves down to the Warfinger Building. A good place to watch the water crossing is from either the boat ramp at Samoa Bridge or the F Street Boardwalk in Old Town Eureka. 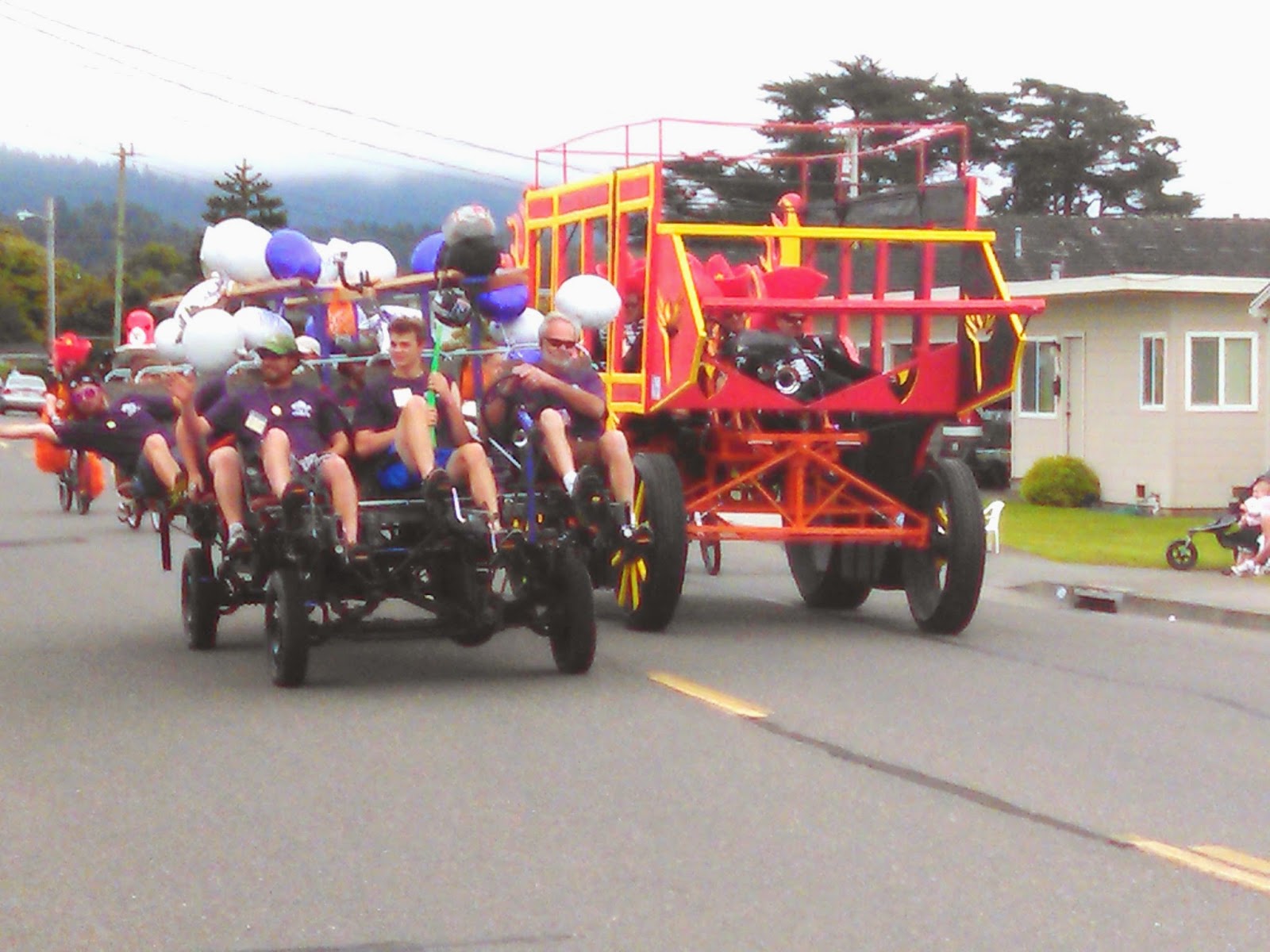 After traversing the H2O they will have lunch at Eureka Natural Foods. After this leg of the race they will head out toward Elk River Road ( This whole last leg of day 2 is not so great for public viewing), over the hill and on to Loleta before heading to a camp on Cannibal Road near Cock Robin Island at the mouth of the Eel River.  They will camp with just the racers and crew and the general public is not allowed. 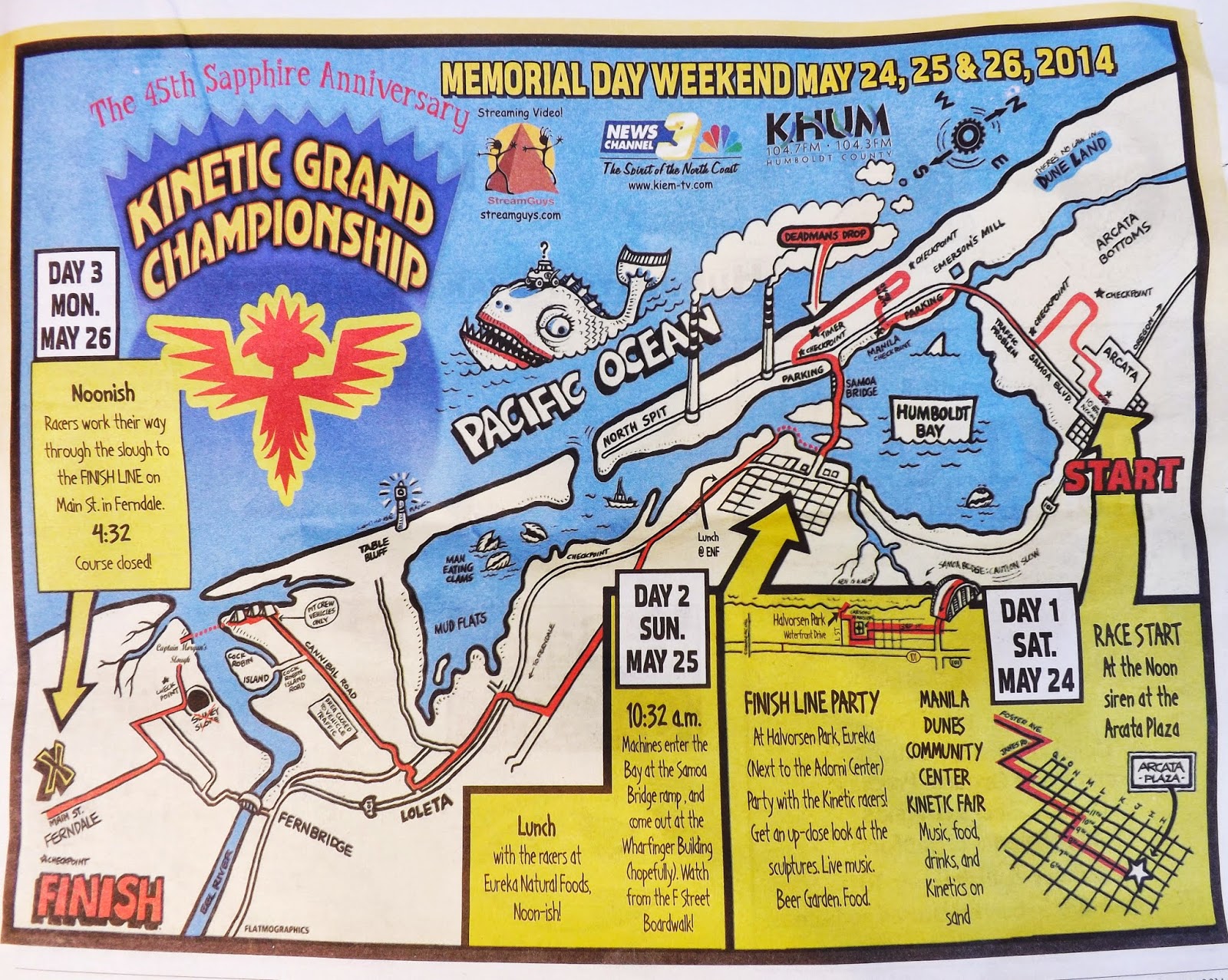 On Monday, day 3 the racers will break camp and head to one more water crossing at the Eel River where they will face the "Slimy, Slippery Slope" on the other side before peddling their way into the tiny scenic town of Ferndale. The races is over by 4:32 PM which is followed by much rejoicing and partying. 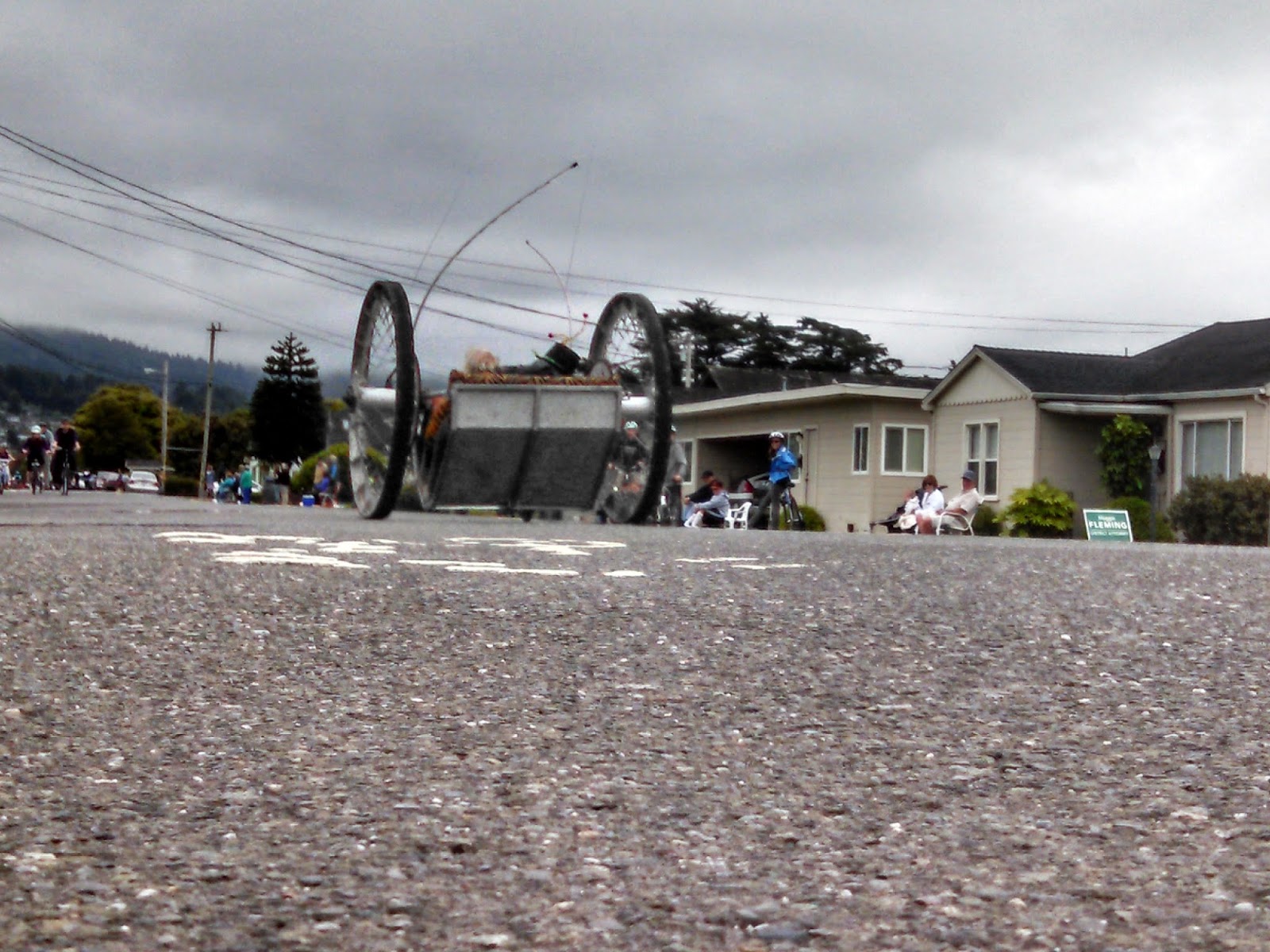