McKenna Faith At Eureka Summer Concert Series In The Rain

Rain drops appeared by the time the band took stage at the Eureka Summer Concert Series Thursday Night Concert. The large drops were far between for a while and then grew more constant just before backing off again for a while. The show went on anyway with a cool raffle and pizza from Westside Pizza in Arcata benefiting St. Jude Children's Hospital. 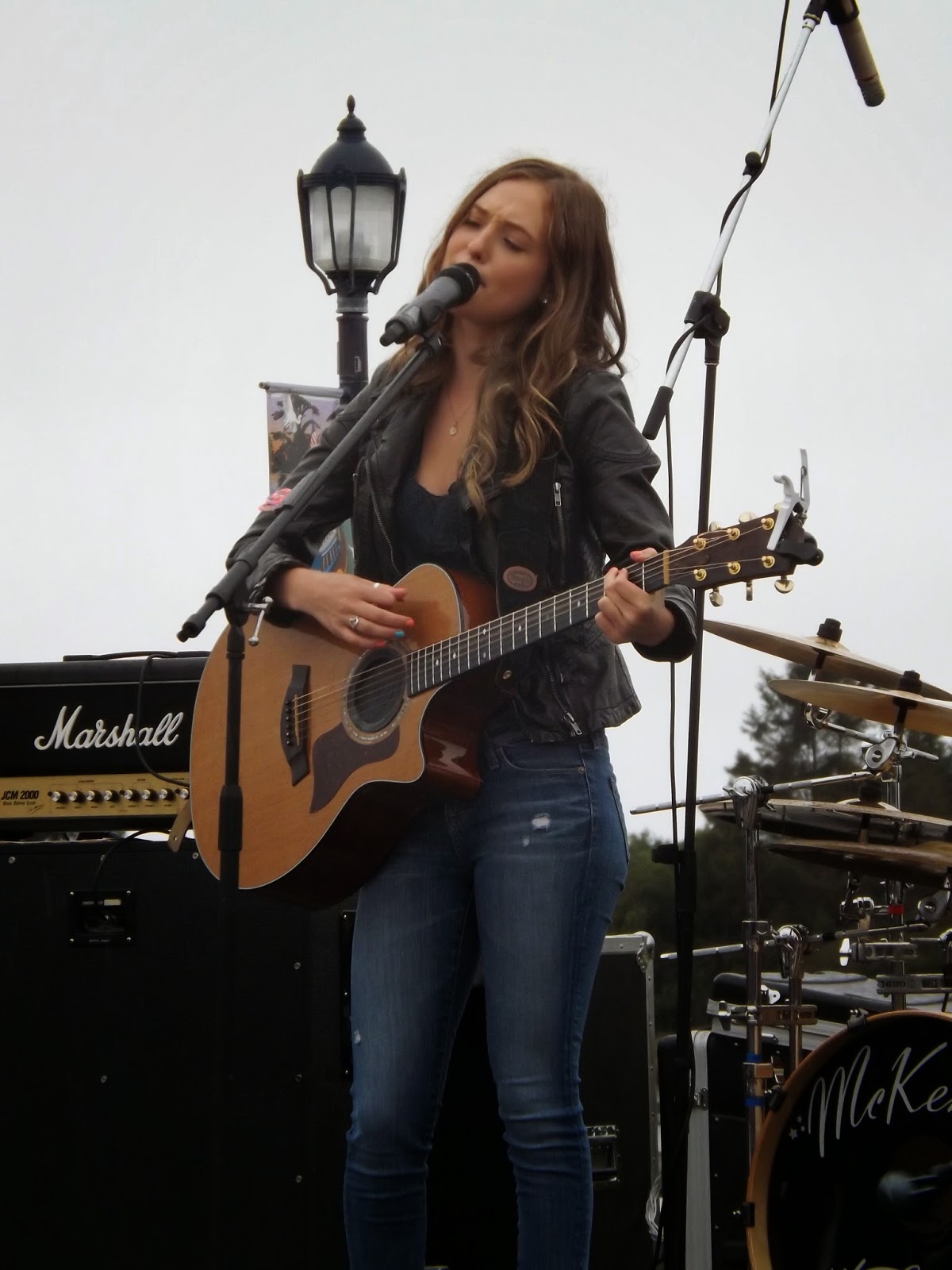 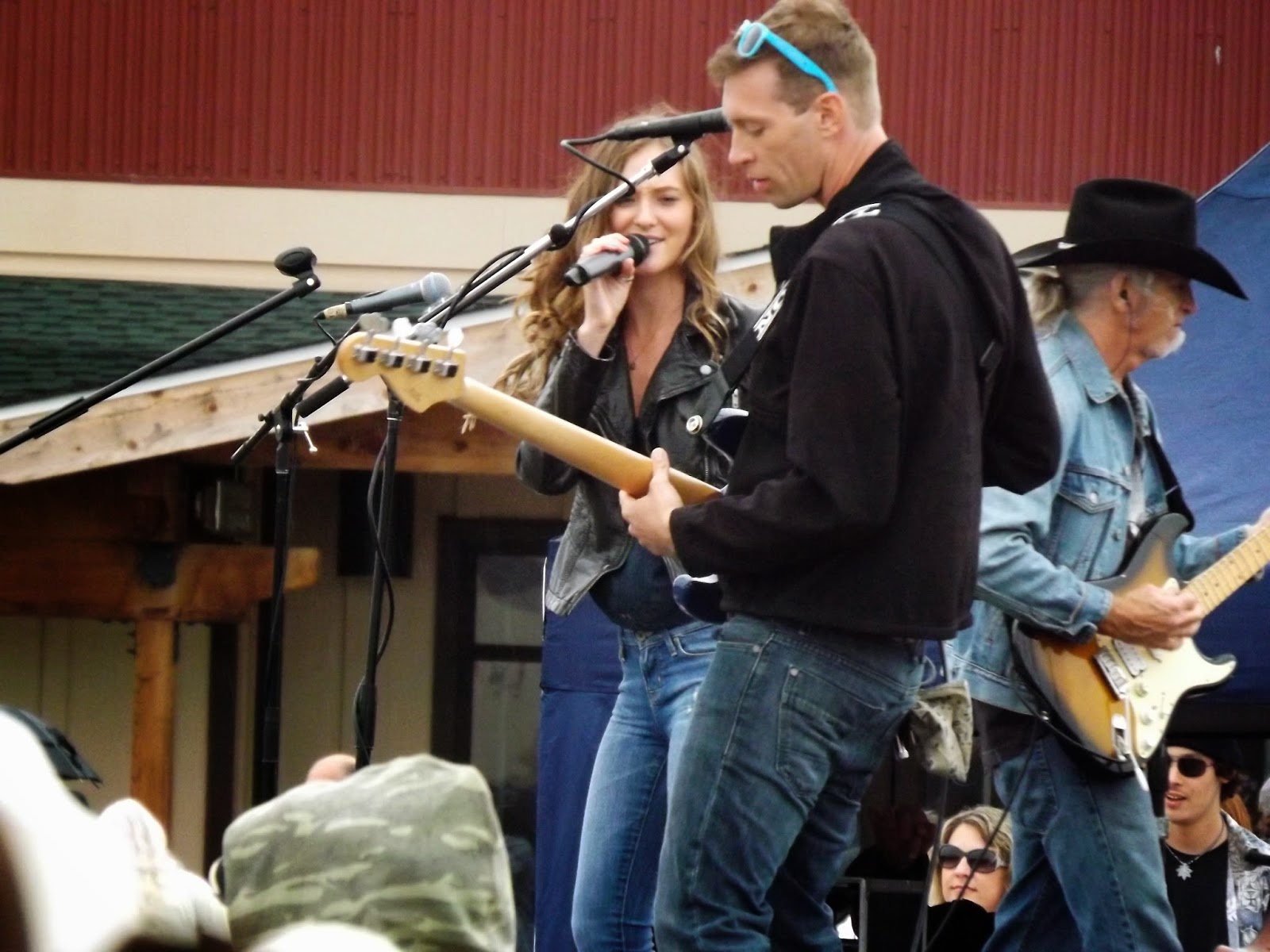 The concert which is part of Eureka Main Street and Bicoastal Media.
are Thursdays from 6 to 8 pm on the Eureka Boardwalk at the foot of C Street. Kayaks and canoes are always welcome back stage along with the state's smallest licensed cocktail lounge, The Madeket.
It can be found docked behind the stage before and after the harbor cruises.

The series starts in June and runs every Thursday through August 21st. 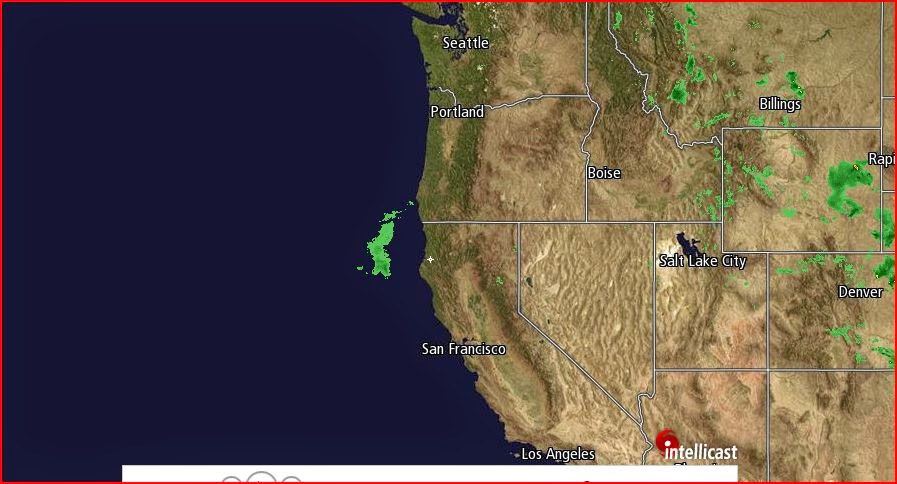 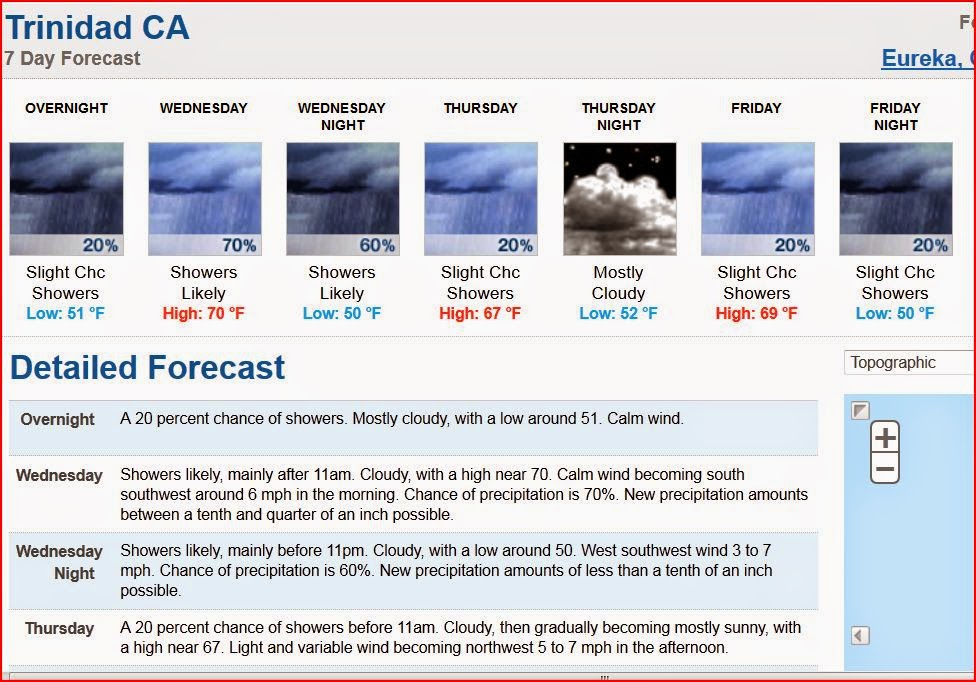 Computer Talk Is Back On Humboldt's New Jazz Station

A new local online radio station is up and going 24/7 called Local FM.Net. It has a tiny FM signal at 96.9 FM in Eureka and if you can pick it up, you are pretty close to Robert's house near 10th and M Streets. The 30 milliWatt transmitter goes about 200 feet but in an emergency it can go up to 7 watts which would cover way more, perhaps a couple of miles or more.

There is a feature at the web site called the News Weather & Neighborhood Bulletin Board show. It is available on demand and is produced at 11am and 7 pm. There is also NPR News.

Built on 8 free software packages and a donated XP computer Robert says he has all of about $400.00 worth of equipment so far but he will be adding things like it's own back up power.

As it stands it has the Emergency Alert System for weather as it is hooked up to a Midland WR300 Weather Radio which has EAS Activation, and something missing around here. Great Jazz!

There is also a great weekend show that used to be on KGOE in Eureka. Dave Mason and his brother Evil Steve of Computer Talk take your calls and talk computers. That airs live on Saturday's from 10 AM to Noon.
Posted by Tom Sebourn at 10:09 PM No comments:

Unlike the Jefferson Starfish, the West Coast Starfish isn't made up. It is evidently a Keystone species. If this species becomes extinct, it will take a major ocean predator out of the food chain. That will have unknown side effects on all life in the Pacific Ocean.

Or as KUOW points out " Sea stars are an apex predator in the intertidal zone. They voraciously consume mussels and other shellfish, and they are referred to as a “keystone species,” meaning that, like in any stone building, if you remove the keystone, things start to crumble."

More from Seattle Radio Station KUOW 94.9 FM.  See the video and the article on the subject.
Posted by Tom Sebourn at 9:34 PM 1 comment:

The only trio at the Arcata Oyster Festival's Oyster Calling Contest.

From El Paso, Hector, from Austin, Yippie Coyote and from Cotulla Texas, Butch.

It's a big weekend for festivals in Northern Humboldt County. First is the Oyster Festival on the Arcata Plaza. That takes place Saturday from 10am till 5:30pm. The restrictive fence that was tried out last year that included an admission fee has been scrapped. The event is free to enter, food and beverages including beer and wine are not free. 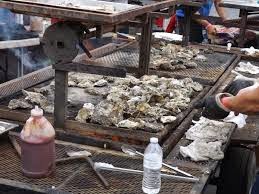 A good guide to the Arcata Oyster Festival can be found in this weeks Mad River Union Newspaper which can be found all over the north county.  If you can't find one you can go online to http://oysterfestival.net/ for more information. 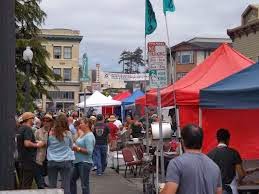 There will be shuttles picking up people from 3 locations because parking is a nightmare. The shuttle runs from 9 am till 6:30 pm. Locations are Arcata High School at 1720 M St.
Humboldt State University at 14th and Union streets and Samoa Blve just two blocks west of K St., follow the crowds.


The Trinidad Fish Festival is Sunday and the Greater Trinidad.com website has this: 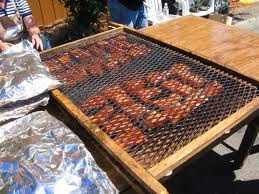 Free tours of the working lighthouse on Trinidad Head.
The Trinidad Fish Festival began as a $1 all-you-can-eat crab feed in 1957. All festival workers are volunteer Greater Trinidad Chamber of Commerce Members and kind-hearted village folk. Come join us at this Fun for the Whole Family event.
Highlights include: 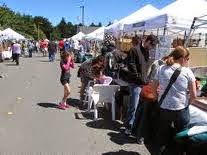 Both events will be crowded so come early and wear comfortable shoes in case you have to walk further than expected.
Posted by Tom Sebourn at 12:07 PM 1 comment:

Dick Cheney Warned Us This Would Happen!

Posted by Tom Sebourn at 3:33 PM No comments:

Labels: Baghdad Quagmire Dick Cheney, Bush War Of Choice Iraq, Dick Cheney Why We Should Not Go To Baghdad, The Fall Of Baghdad

It's Pony Express days in McKinleyville California. On Wednesday there was a chili cook off. On Thursday there was a firemen's muster. Last night was a party with live music, tractors, beer and coctails from Six Rivers Brewery, a petting zoo and a mechanical bull. 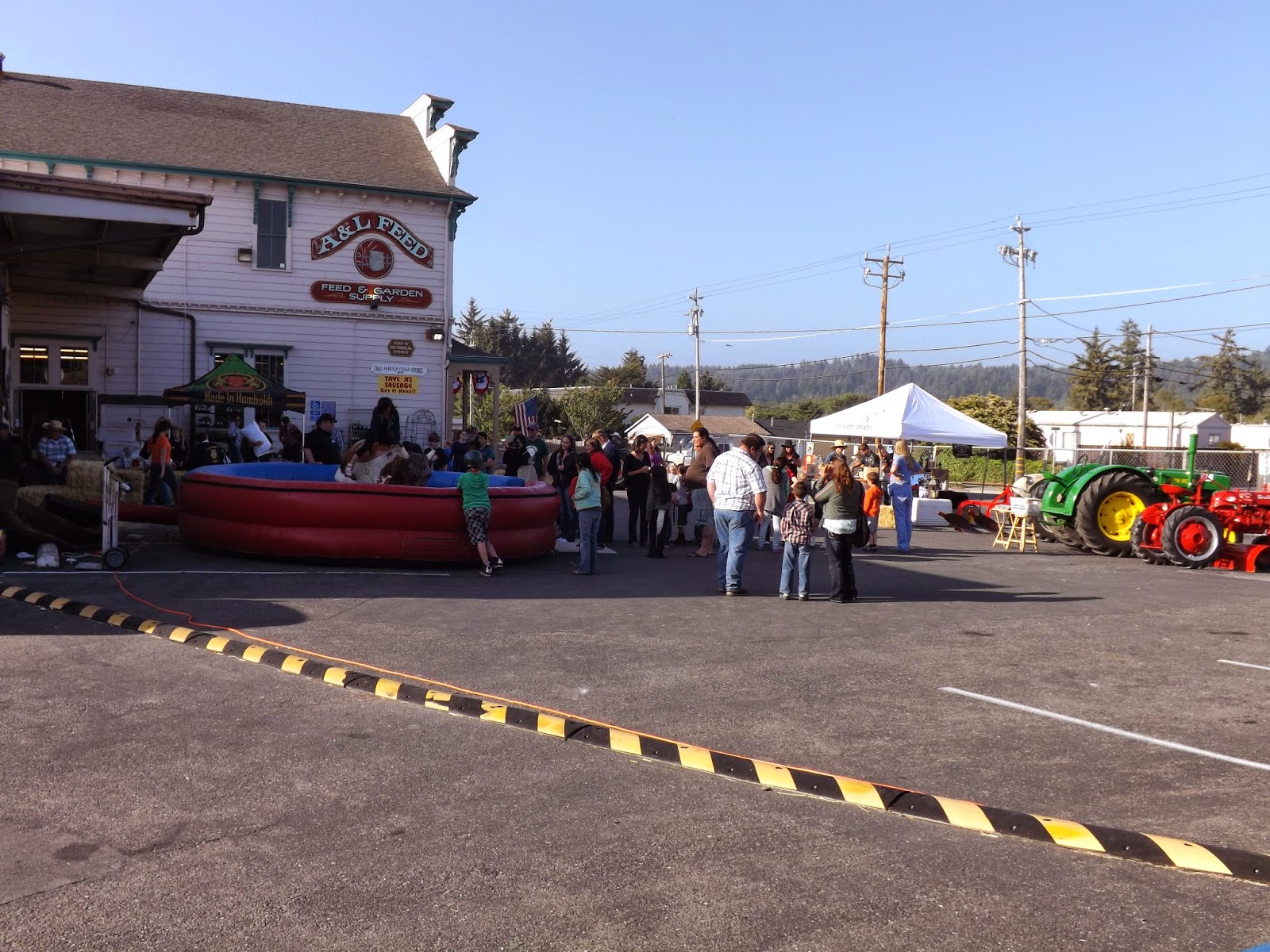 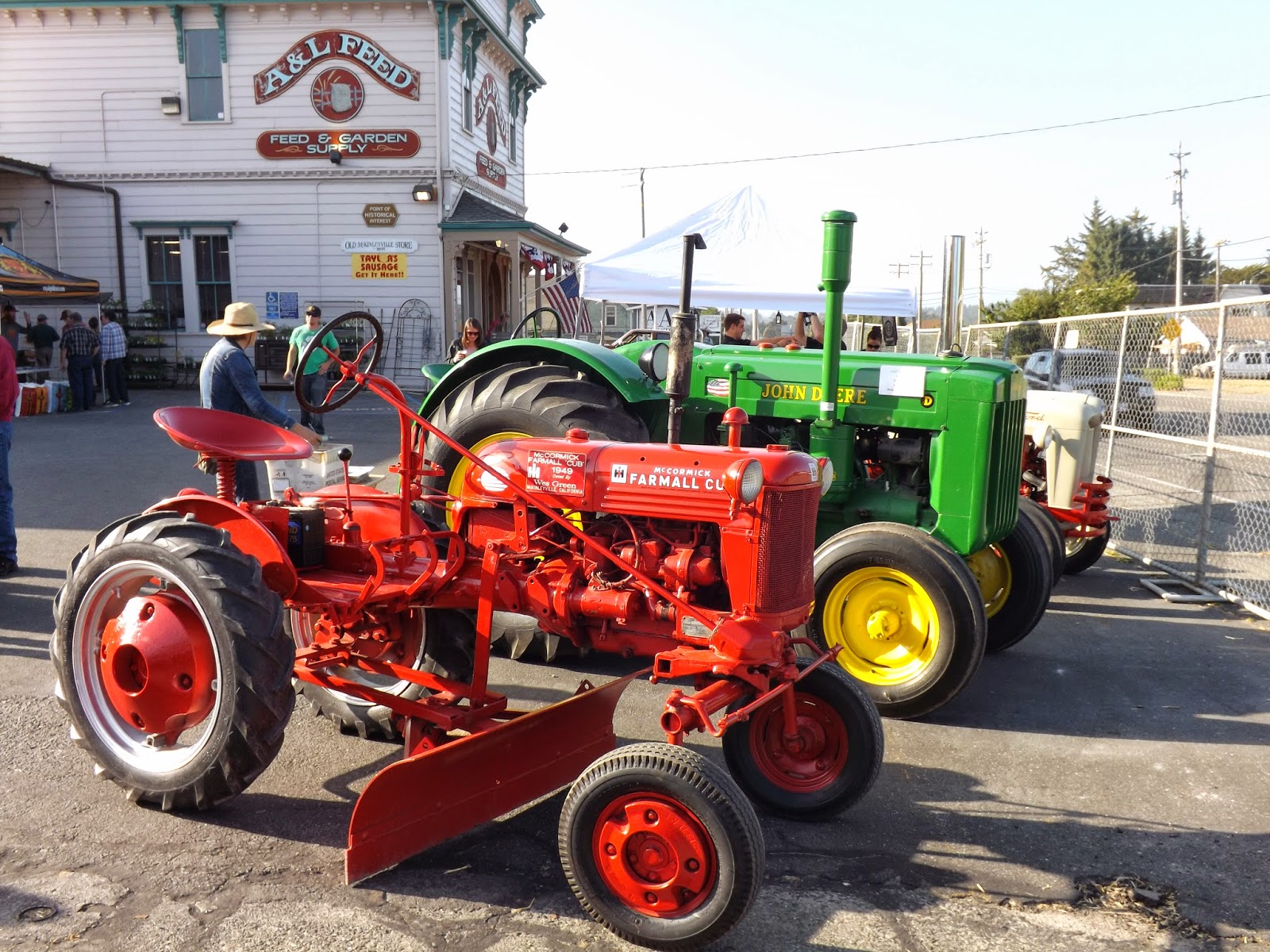 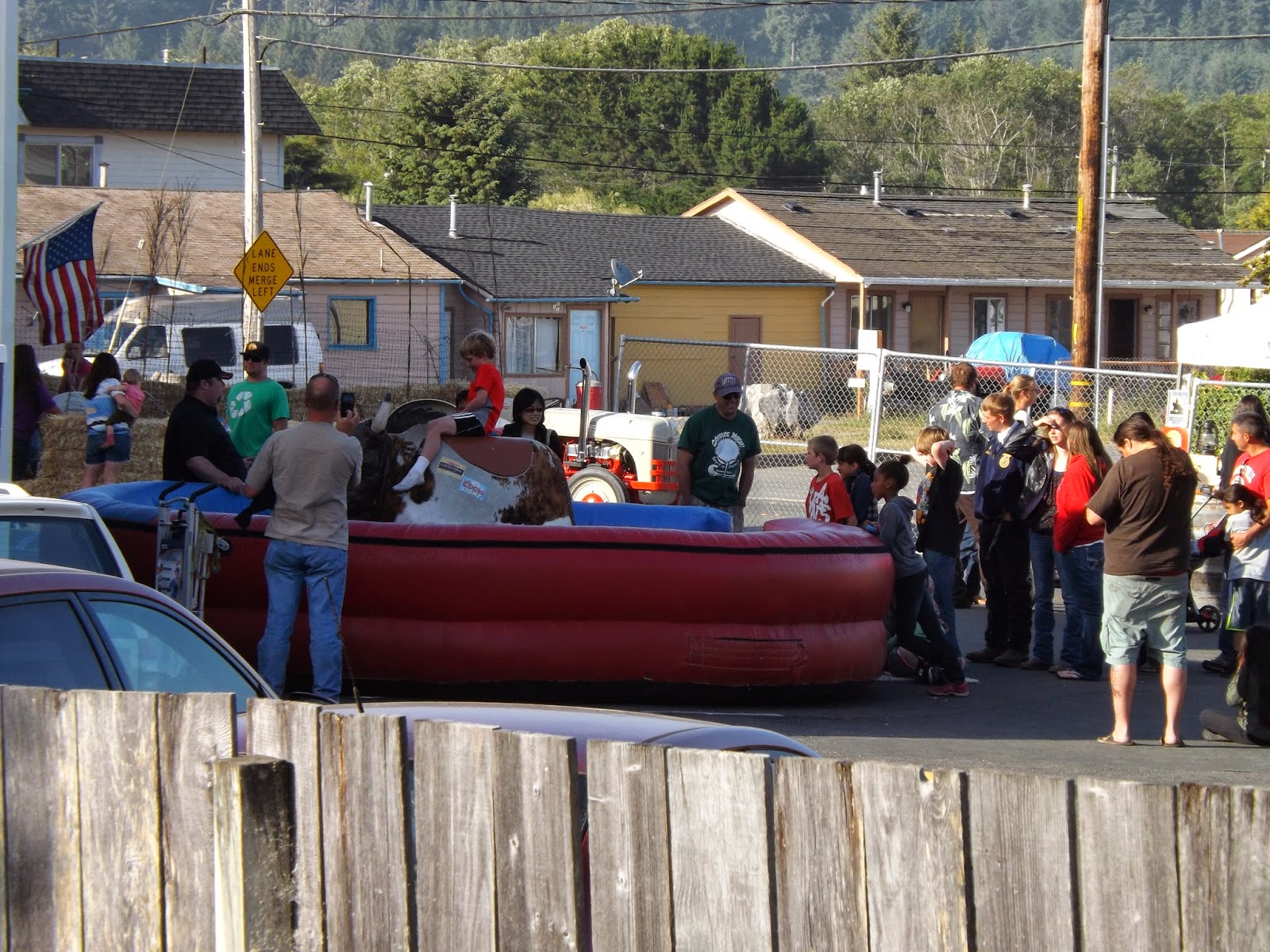 Today was the parade down Central Avenue and a festival at Pierson Park.
I kept confusing it with Death Valley Days but I think that was with Ronald Reagan, not John Wayne. 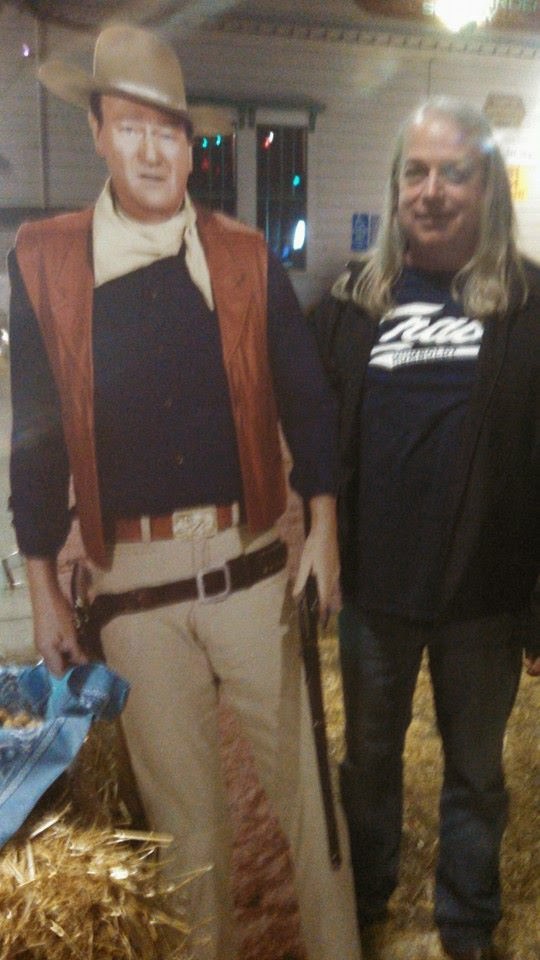 See what and where here. Basically its a great night on the town with fun stuff everywhere on the first Friday night of the month. The season is Spring, well into Fall. 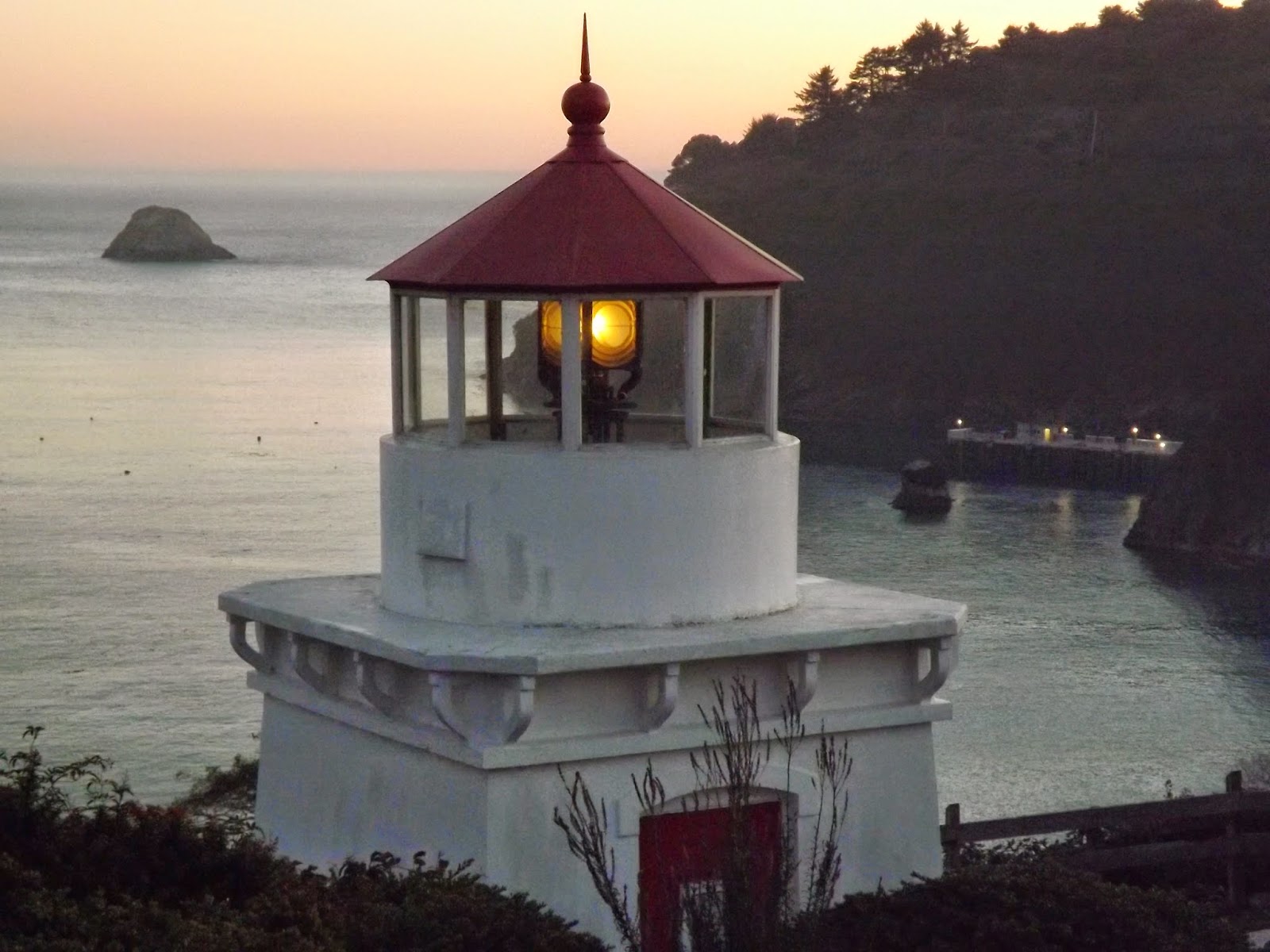 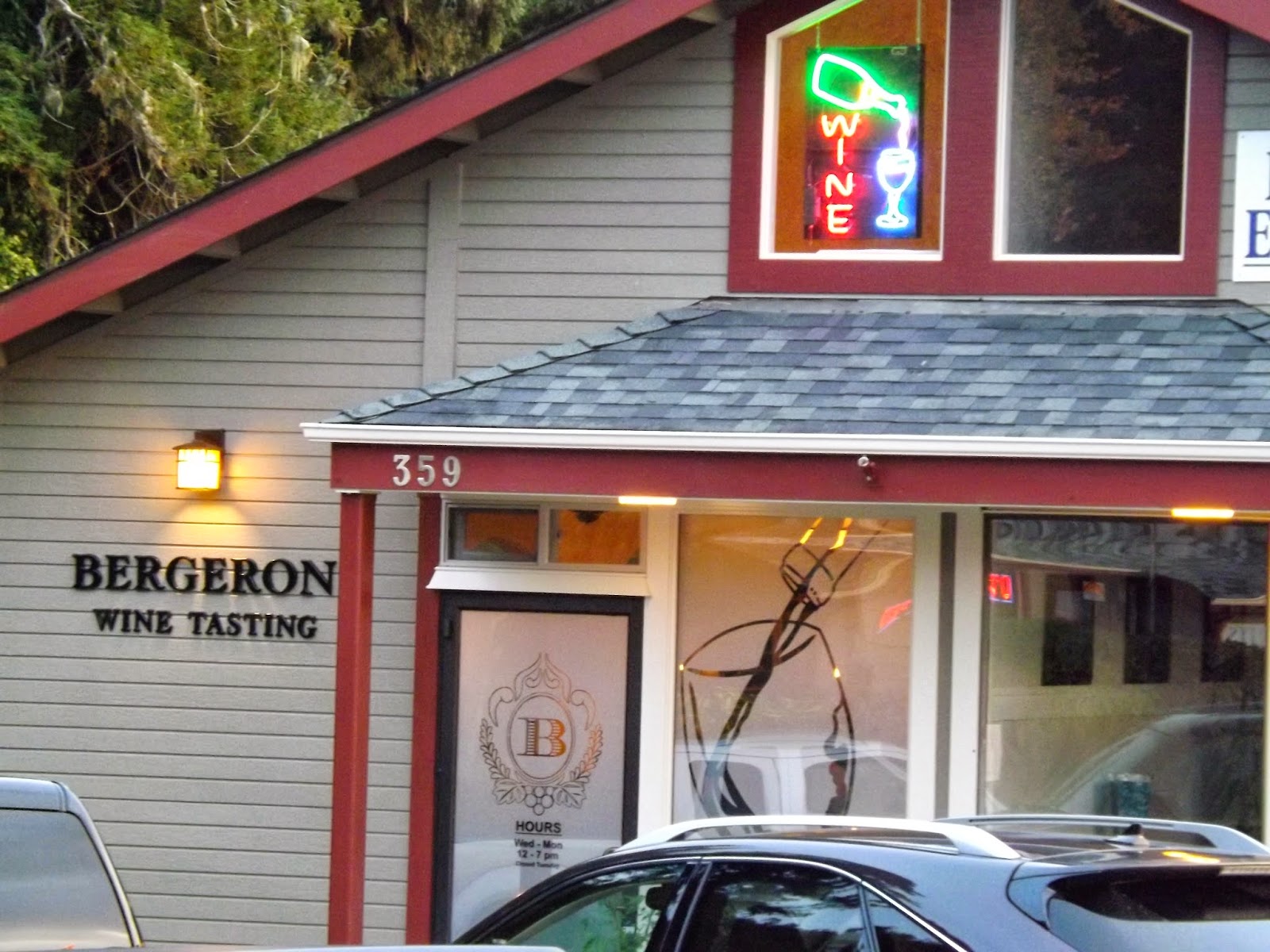 Festivities run from 6 to 9 pm. An after hours party goes on through October or so at Ocean Grove just north on Patrick's Point Drive.

Humboldt County Has Elected Maggie Fleming As It's Next District Attorney.

Maggie Fleming avoided a runoff in last nights election by garnering 60.96% of the vote. She will now become the next District Attorney for Humboldt County replacing outgoing D.A. Paul Gallegos.

Maggie Fleming is in the center of the photo below. This was taken after the KGOE debate on April 11th. 2014. 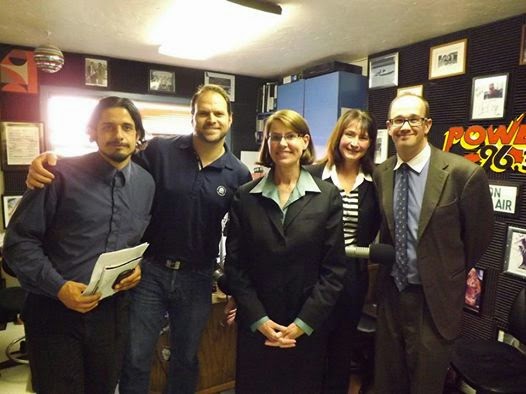