Although it's just the beginning of improvements proposed for the US Route 101 Corridor between Arcata and Eureka, photos show that new bike and pedestrian trails are starting to become evident. 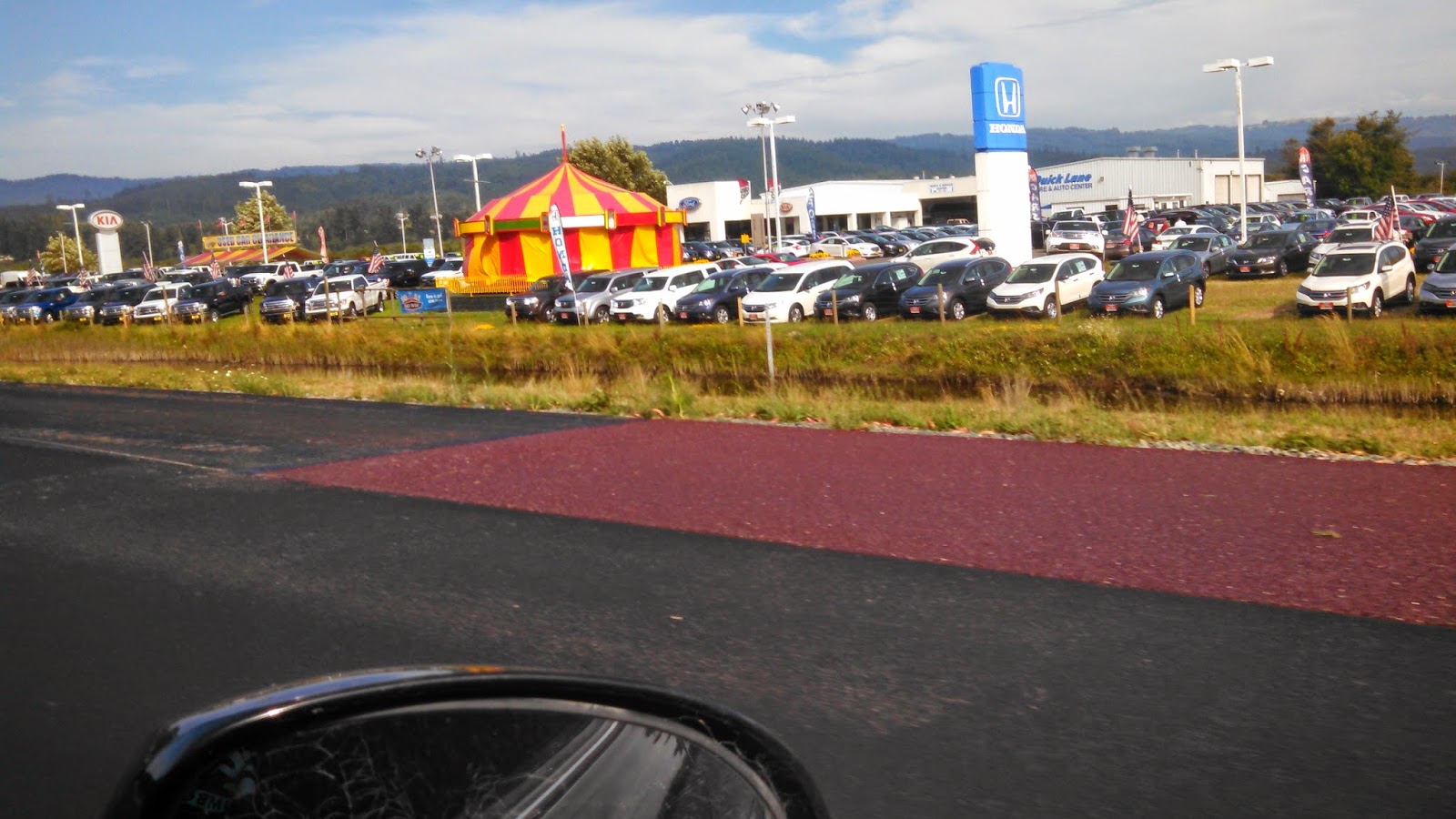 Caltrans has reduced the left lanes of the corridor from 12 feet wide to 11 feet. The additional foot is being added to the shoulder and is considered a traffic calming measure. Along with the extra foot taken from the left lane of auto traffic, a rock bed was added to the edge of the shoulder which allowed and extra foot of pavement on the very edge of the roadway. This additional 1 foot on each side means that the new bike trails will be 10 feet wide instead of only 8.

Also noticeable is the dark red color added to the trail part of the pavement which is designed to further visually distinguish the trail from the roadway and further enhance traffic calming. 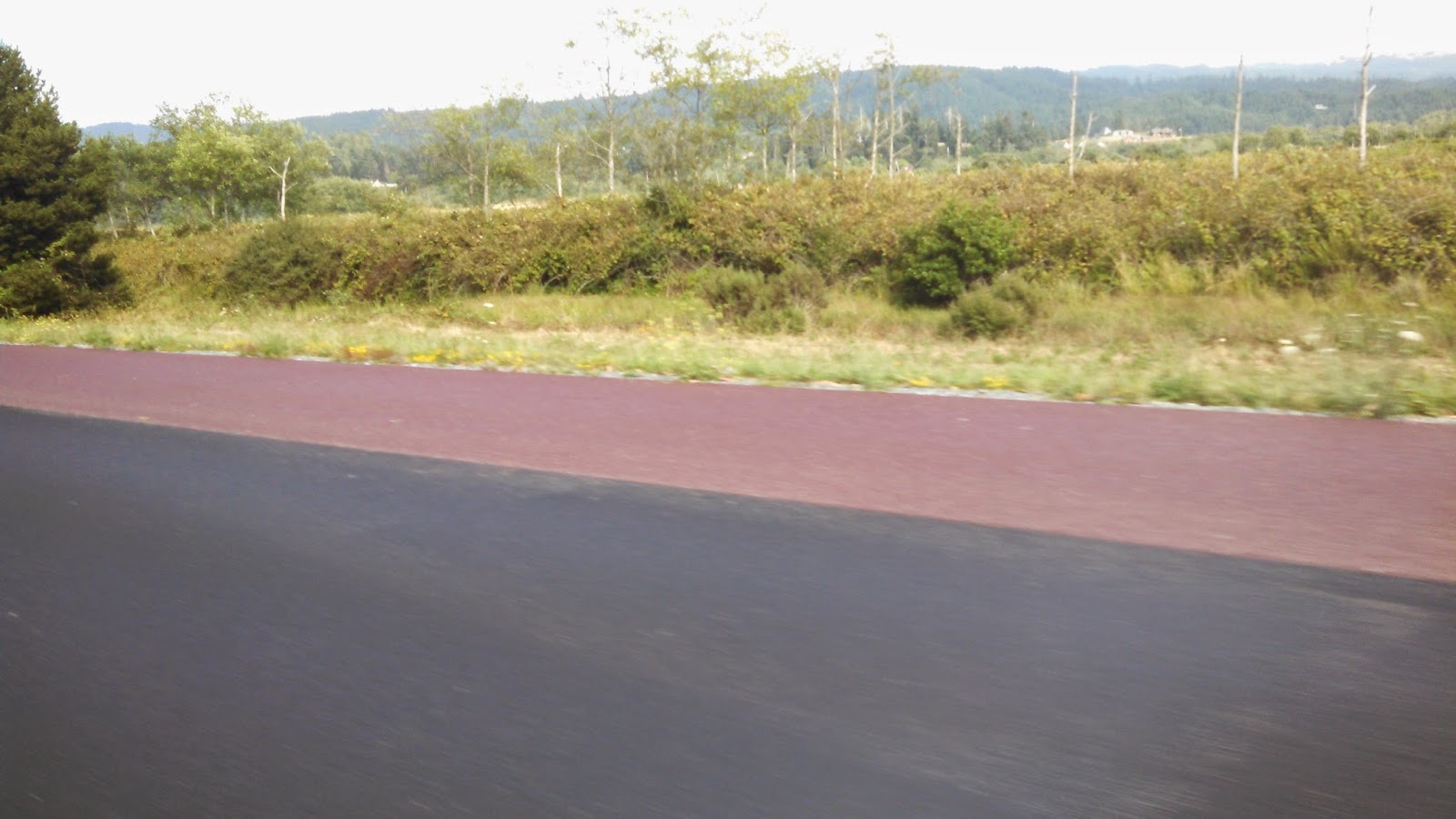 In the long run, Caltrans wants to build bridges and interchanges to eliminate cross traffic in the corridor but that proposal keeps running into opposition. You can read more about the US 101 Corridor improvement projects here.
Posted by Tom Sebourn at 12:55 PM