If you have tuned in to Comedy Central in the past couple of nights you may have noticed that in Humboldt County it are no longer there. So maybe you went to the internet to find them and they weren't there either?  It seems that Suddenlink the internet service and cable TV provider is in a fight with Viacom which owns MTV, VH1, Nickelodeon, TV Land and Comedy Central. According to Suddenlink, Viacom has raised it's rates 50 percent to Suddenlink and other cable TV providers. 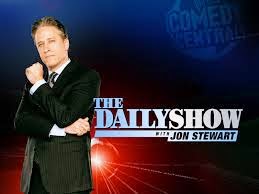 So while the two fight it out, we get Glenn Beck's "The Blaze" TV show, Hallmark Movies & Mysteries, Sprout,  Investigation: Discovery, and something called UP! instead of the above mentioned Viacom shows which includes The Daily Show and The Colbert Report.

Oh and if you are a Suddenlink customer, you can't get the Viacom channels streamed on the internet either because Viacom has blocked those too. Multichannel.com says you can access the channels through the internet with YouTube, Hulu, Hulu Plus, Amazon, Amazon Prime, iTunes, or other Internet sources.

According to Multichannel.com Suddenlink pays more for ESPN than all 24 Viacom channels put together.
Posted by Tom Sebourn at 10:36 AM