This story from enformable.com shows the contempt the US Nuclear Industry has for the citizens and laws in this country. A design flaw in several nuclear power plants around the world and even here in the US needs to be fixed. The Fukushima reactors that melted down have proven that this needs to happen but industry officials are ignoring the lessens learned in Japan and commissioners on an NRC Committee have voted to keep the public and experts out of the process of finding a solution. 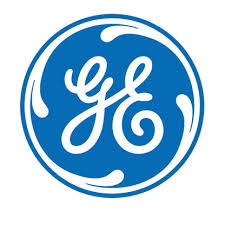 Here's the story from enformable:

The United States Nuclear Regulatory Commission (NRC) typically begins its narrative on the “lessons learned” from the Fukushima Daiichi nuclear catastrophe with Japan’s March 11, 2011accident. Not surprisingly, the agency has avoided addressing the most critical lesson recognized in the accident’s official investigative report by Japan’s National Diet. In their finding, the unfolding radiological catastrophe is “manmade” and the result of “willful negligence” of government, regulator and industry colluding to protect Tokyo Electric Power Company’s financial interests.  Likewise, here in the US, addressing identical reactor vulnerabilities remain subject to a convoluted corporate-government strategy of “keep away” with public safety as the “monkey in the middle” going back more than four decades and, for now, three nuclear meltdowns later.

In the latest development, by a 3-1 vote issued on August 19, 2015, the majority of the four sitting Commissioners with NRC ruled not to proceed with their own proposed rulemaking and bar public comment and independent expert analyses on the installation of “enhanced” hardened containment vents on 30 U.S. reactors. In the event of a severe nuclear accident, roughly one-third of U.S. atomic power plants currently rely upon a flawed radiation protection barrier system at General Electric (GE) Mark I and Mark II boiling water reactors that are essentially identical to the destroyed and permanently closed units at Fukushima Daiichi. The nuclear catastrophe has resulted in widespread radioactive contamination, massive population relocation, severe economic dislocation and mounting costs projected into the hundreds of billions of dollars.