Weather So Interesting, They Can't Talk About It?

So, I'm a guy with a lot of opinions on a lot of subjects. I have always been a fan of weather forecasting, models, odd weather, hydrology and such. When I was young, I wanted to be a pilot. My neighbor was a pilot for United Airlines and he actually loaned me a book on the Boeing 727 so I could learn to identify the gauges and controls in the cockpit. After a few tests he took me up in his small plane. Before take off you have to check under the hood for critters or other problems. There is a complete safety check list that takes about a half hour before you get going down the runway. Once in the air I was in heaven. We went out over the hills and he actually let me fly the plane. It was so strange. I wasn't even old enough to drive yet but had driven my dads car on my aunts ranch so knew something about driving but this was much more complicated. Still I learned a lot from that guy and he showed me that there were many things I could be in life, a pilot was one of them. A few years later I did some sky diving and rode in planes that made me glad I had a parachute on while doing so. I only bring this up because I have spent my life studying the weather and  looking at the sky, unlike most people.

Seriously, most people don't look up and this was the norm before the so called "smart phones" took over the planet. Now almost no one ever looks up. It is because of this that those of us that do, are sometimes ridiculed for noticing and pointing out what is actually going on above our heads. I'm not going to go completely down that rabbit hole today because I don't have to. Below are links to two different stories referencing a gag order placed on US Government agencies such as the National Weather Service and the National Oceanic and Atmospheric Administration. 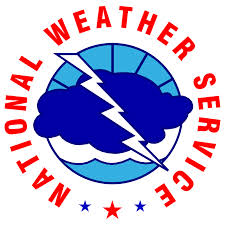 I will note that the recent hurricane Patricia that came out of nowhere to become the largest hurricane or typhoon ever recorded went away as fast as it started. No one died in Mexico either. This was just the strangest storm in the way it went from nothing to the biggest back to nothing in just over a couple of days.

I would like to also add that the massive drought that has been persisting along the US West Coast started right after 3/11/2011 which was when the tsunami destroyed 3 nuclear reactors in Fukushima Japan. Those 3 reactors went off line causing them to go critical and explode. What fuel wasn't blown into the sky and all over the northern hemisphere melted down and continues to do so virtually unabated for over 1,685 days now. On the bright side, we haven't gotten that much radioactive rain here in Northern California. NOAA,

The National Weather Service, The Weather Channel, the main stream media have never reported radioactive rain here on the west coast. They have never said whether or not it could even exist. They also have never reported on the west coast beta radiation monitors being shut off. I reported this over a year ago and this story from NewsMax is just about the only other good story about this and it just came out 5 days ago. I investigated and the EPA claimed to me that Eureka California's beta monitor was shut off due to RF interference. When I sent a follow up correspondence asking what the offending Radio Frequencies were that caused the shut down they quit talking to me. At least they talked to someone at The Wall Street Journal  where the NewsMax article links to a year later.

Follow the dots...
See these http://nwseo.org/Media_News/15_10_08_PEER_NWSEO__ConfidentialityDirective.pdf
http://nwseo.org/media_center.php
It's not just about unions and control. It's also about whistle blowers losing protections.
See this: http://www.peer.org/assets/docs/noaa/10_8_15_WPEA_anti-gag_language.pdf

The link below may be too much for people that never look up.
http://www.geoengineeringwatch.org/government-implements-illegal-gag-order-on-national-weather-service-and-noaa/

And then there is this.
https://youtu.be/f_xN7EtTp6E