Is That Flutter Or Pain In Your Throat A Sign You Should See A Doctor? In California The Answer Is Yes.

A new University of California, Los Angeles study has found that in parts of California the rate of thyroid cancer patients with an advanced stage of the disease is well above the national average, prompting research into possible links to farming or radiation. 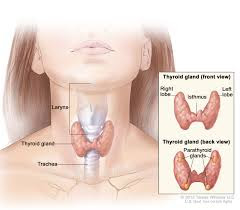 According to the study, 35 percent of Californians with thyroid cancer were not diagnosed until the disease had already spread to lymph nodes or other parts of the body, compared with 29 percent of people nationwide.
Could it be radiation? I say of course it could. Read the entire Reuters Story.