Below is an excerpt from a short but interesting article on sunlight and contrails.
By Sarah Zielinski
smithsonian.com December 16, 2015 1:54PM
If you go outside on a clear day and look up toward the sun - being careful to block out the bright disk with your thumb - you might see a hazy white region surrounding our star.
This haze is caused by airplanes, and it is gradually whitening blue skies, says Charles Long of NOAA’s Earth System Research Laboratory in Boulder, Colorado. “We might be actually conducting some unintentional geoengineering here,” Long said at a press conference this week at the American Geophysical Union Fall Meeting in San Francisco.
Geoengineering involves the manipulation of an environmental process in such a way, usually deliberate, that it affects the Earth’s climate. For instance, .......see more at the link below. 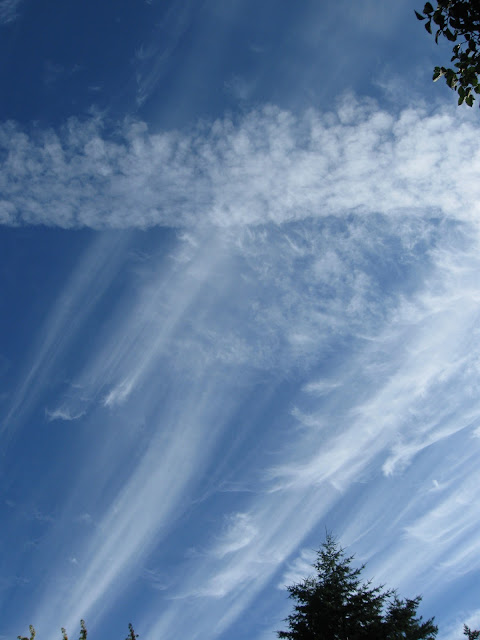 Read more: http://www.smithsonianmag.com/science-nature/airplane-contrails-may-be-creating-accidental-geoengineering-180957561/#850bkHwI8QsWAFaI.99
Give the gift of Smithsonian magazine for only $12! http://bit.ly/1cGUiGvFollow us: @SmithsonianMag on Twitter
Posted by Tom Sebourn at 9:31 PM