Thursday and Friday the Bicoastal Media radio stations in Eureka and Crescent City held a two day radiothon to raise money for St. Jude Children's Research Hospital in Memphis. The stations involved were KPOD and KCRE in Crescent City and here in Eureka it was KRED or Big Red 92.3 FM, Cool 105.5 KKHB FM and KFMI aka Power 96.3 FM.

The annual fund raiser has raised hundreds of thousands of dollars for the hospital over the 14 or 15 years it has been going on in Eureka. Last year we made over $140-thousand dollars and today we just got the total for the two days and we have raised over $145-thousand dollars!

Thanks to everyone that volunteered, donated or got involved in any other way. 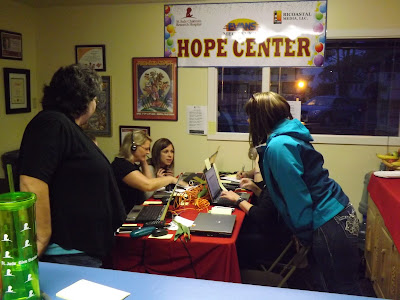 Above is the hope center phone bank.f 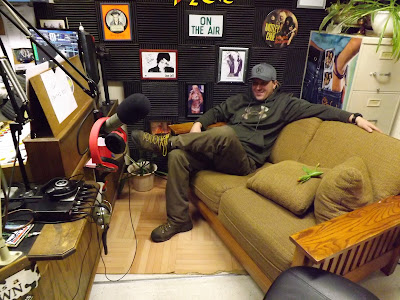 One of the volunteers kicking on the couch in the Power 96.3 FM studio. 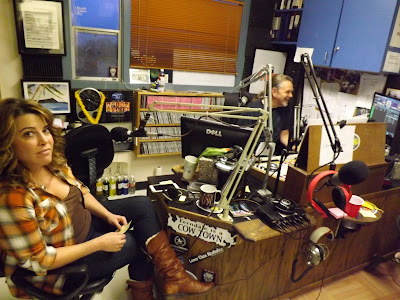 DJ Pete Meyer behind the mic in the back corner of the Power 96.3 studio. 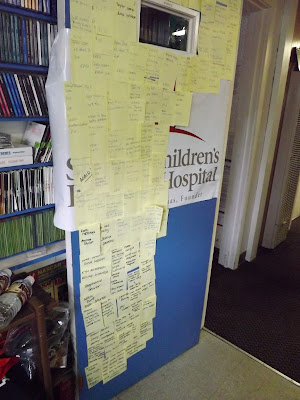 When people call in and pledge, we write their names on post it notes. The door of KRED studio is covered with post it's and the names of "Partners in Hope". 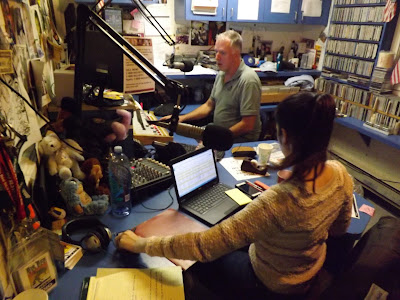 Rollin Treahearne in his KRED Studio above and the Rock & Roll Burlyman in his Cool 105.5 FM studio is seen below. 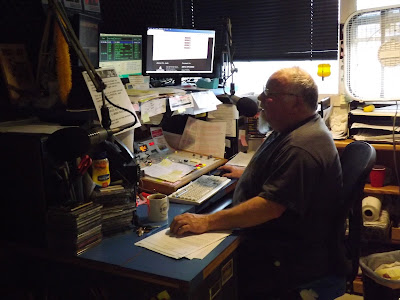