The Times Standard says that a Federal Judge in Oakland has granted a temporary reprieve which means that 11 individuals named in a lawsuit may not have to relocate on May 2nd. Dozens more campers will have to leave by that date due to waterfront trail that the City of Eureka has been planning since a plan several years ago failed to build a freeway on the waterfront. 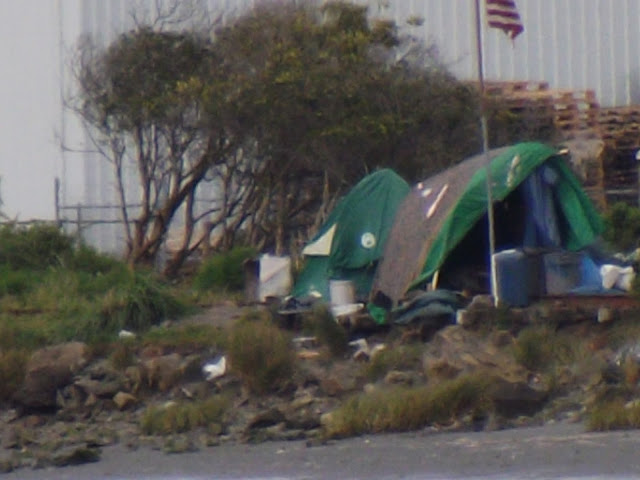 Photo's of the area where the City of Eureka is evicting homeless campers to build a waterfront trail. 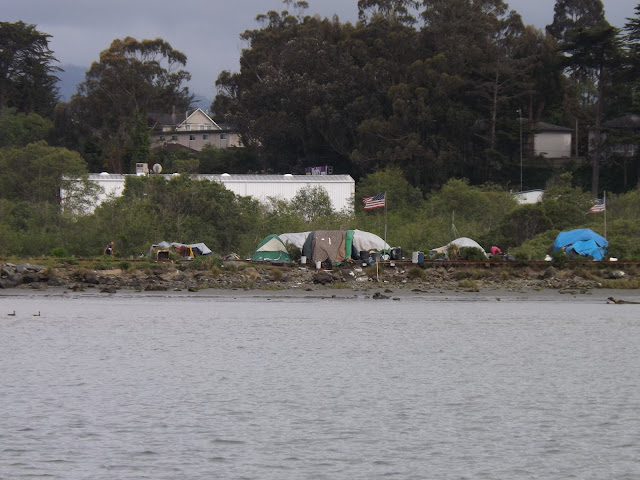 The area is known as Palco Marsh or the devils playground. On Thursday April 28th, 5 people were arrested for heroin sales at the marsh. 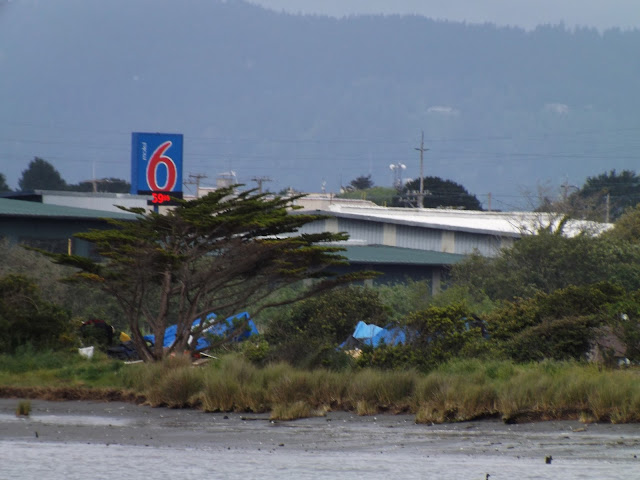 The plaintiffs, or 11 people granted a temporary stay can also be removed if the city finds alternative housing for them. 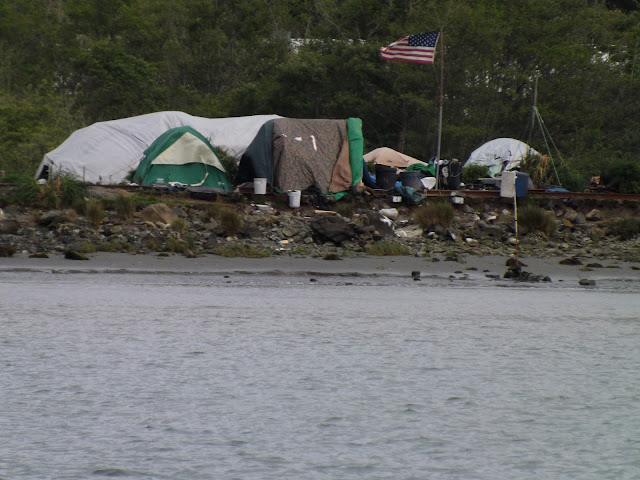 A private plan to temporarily  house up to 40 people and their dogs at a lot owned by Mercer Frasier Company has also been met with a lawsuit. This time against the plan.
Posted by Tom Sebourn at 11:53 PM