One Thing To Remember In The Democratic Primary, Super Delegates Don't Vote Until July 28th.

About the math being used by the main stream media, especially the cable
outlets. You can't include the Super Delegates that Hilary Clinton has until they actually vote which is July 28th.

The above graphic is a screen shot from the MSNBC web site tonight or 6-5-2015. Below is what the actual count is before the Super Delegates vote on July 28th. 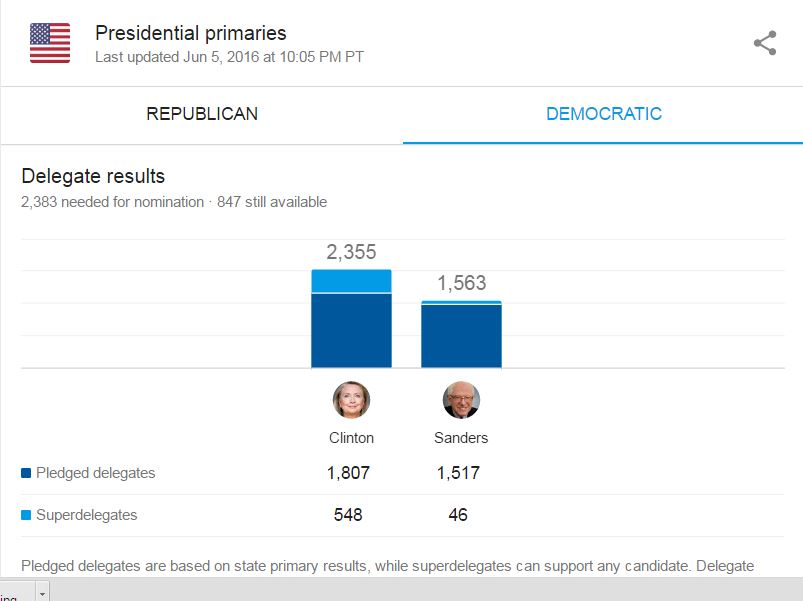 So Hillary Clinton is ahead in the delegate count by 290 delegates. California has 475 delegates up for grabs so, we shouldn't be announcing winners until all of the people have voted and that includes the Super Delegates on July 28th.

The fact is, since some of them have been chosen, some have changed their minds. But none of that really matters right now because they don't vote until July 28th.

What really matters is that you vote on Tuesday in California, New Jersey, North and South Dakota, Montana, New Mexico and the District of Columbia.