There is a march for Bernie Sanders tomorrow in Eureka Ca. and all over the country. The Eureka march starts at 10 am 825 5th. Street at the Humboldt County Court House. The event will go until Noon. 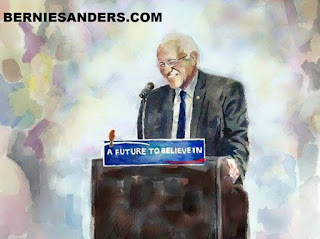 Bernie Sanders campaign manager Jeff Weaver said “someone needs to be held accountable” for what was revealed in the leak of internal Democratic National Committee emails this week
“We spent 48 hours of public attention worrying about who in the Trump campaign was going to be held responsible for the fact that some lines of Mrs. Obama’s speech were taken by Mrs. Trump,” Weaver said in an interview with ABC News. "Someone in the DNC needs to be held at least as accountable as the Trump campaign.”
Some emails posted on WikiLeaks show an effort to undermine the Sanders campaign.

One email from the DNC press secretary suggested creating a narrative that the Sanders “campaign was a mess.”
Read More

And then there is also this about a lawsuit just filed against DNC Chair Debbie Wasserman Schultz for rigging the primaries.