Standoff Continues With Armed Suspect And Law Enforcement In McKinleyville

It started this morning around 9 am according to KIEM News Channel 3 in Eureka and other news outlets. Sheriff's Deputies were called to the apartment complex and met by a man said to be 55 years of age who came out of an apartment with a riffle. Reports say the man then pointed the riffle at a Deputy and fired. The Deputy returned fire but no one was hit. 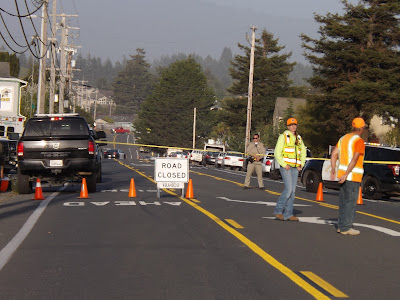 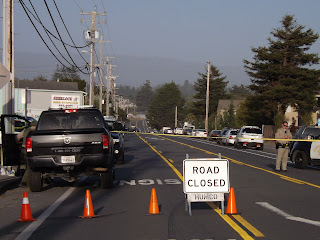 A perimeter was established and Sutter Road was closed for a couple of blocks. CHP, Sheriff's SWAT Team, police officers and fire personnel are all on scene and waiting the suspect out.

According to KIEM, Sherrif Downey said he officers were in contact with the suspect via telephone and that he is hopeful the situation can conclude without further issues.

As of 7;15 pm there were no changes. Just waiting.

Press Conference in McKinleyville early Thursday morning with Captain Kym Thompson of the Humboldt County Sheriff's Office.
The standoff in McKinleyville has come to an end. Early Thursday morning, a woman left an upstairs unit at the Redwood Creek Apartments.
The male suspect then started shooting. Law enforcement returned fire. The 55 year-old man then set several fires in the apartment.
At around 2 am, he exited the apartment with more gunfire. The man was pronounced dead on scene.