Pewetole Island Has Been On Fire For Days

Last Thursday smoke was seen from a small mostly rock island off the coast of Trinidad State Beach and College Cove. 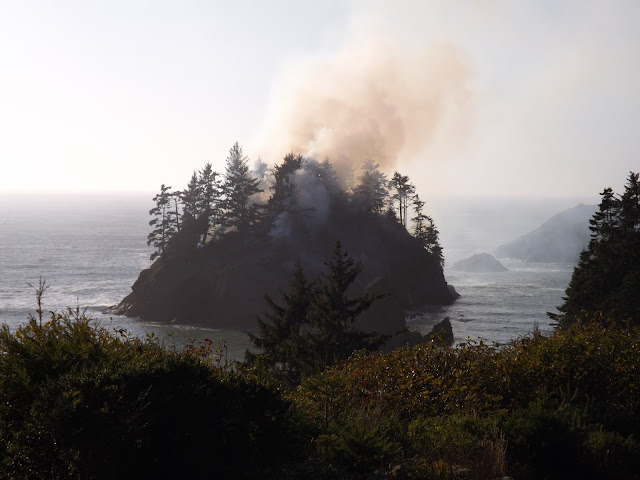 A helicopter used a bucket and water from a near by quarry but word is that they had problems with the bucket. So far the plan is just to let it burn it's self out. 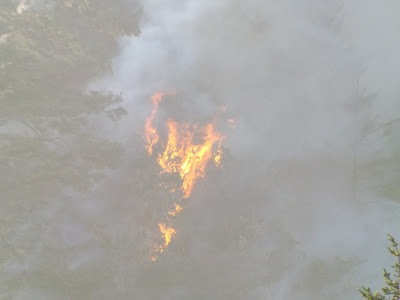 There is a stand of what has been reported as Sitka Spruce on the island and I think one of the trees was going up when I took the above picture around 6: 30 this evening. 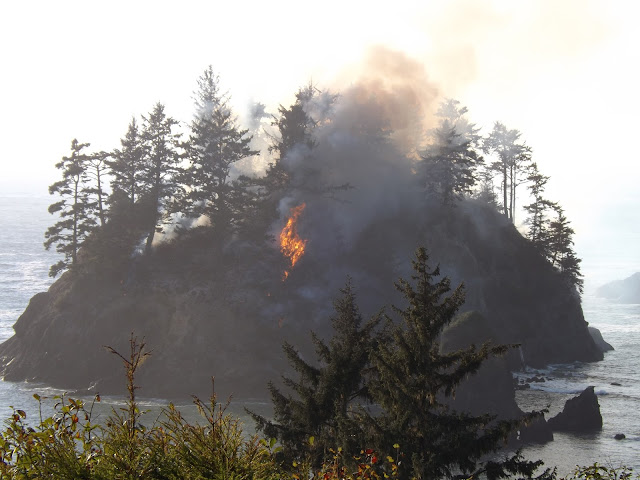 Smoke from the fire was pouring into the tiny town this afternoon chocking residents but an off shore system should blow most of the smoke out to sea in the next couple of days.

UPDATE: As of early Tuesday morning there are still fires all over the island. 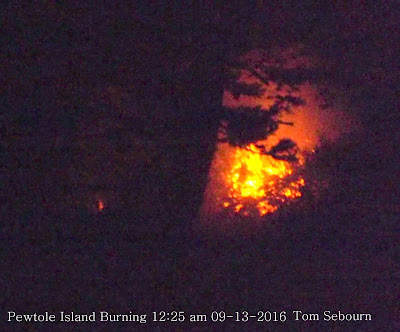