The afternoon drive host of KGOE 1480 in Eureka has died at the age of 66. Alan Colmes held the 3 to 6 pm time slot live on the station. His show was different than other progressive talk shows.
He will be missed.
http://insider.foxnews.com/2017/02/23/alan-colmes-dies-66 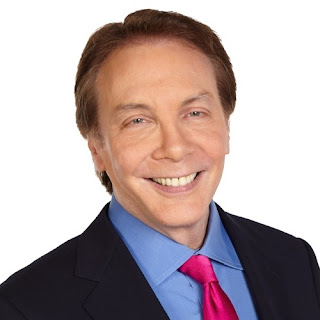 Some folks just don't know how to drive in weather. It was in the 30's tonight as I was heading up US 101 just past Clam Beach Ca., it started to rain. The drops got bigger and more intense as I went up the hill toward Westhaven on my way to Trinidad. 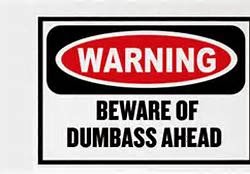 I slowed below the speed limit as I noticed the rain had turned to slush on my windshield. I slowed a bit more as I continued over the hill watching the rain turn to a mix of hail and slushy snowy frozen stuff. A car about a half mile or more back was gaining on me and continued to close the gap as the road turned to a complete white out of frozen stuff. When it got to less than 100 feet of me in the fast lane as I was still gradually slowing, I noticed him turn into my lane. Turns out it wasn't really turning into my lane, it was now heading into on coming traffic heading south.

From my rear view mirrors, it looked as if the person was able to stay on the road but was now blocking south bound traffic which wasn't driving near as fast, and was able to avoid the car, I just kept going north at what I felt was a safe speed.

I have seen this over and over during thunderstorms. You may feel like it's your right to go 65 miles an hour because it says you can on the sign, but the guy in front of you was giving you a hint and you chose to ignore it. You also ignored the fact that there was ice all over your windshield and the freeway. It is not your right to put the rest of us on the freeway in harms way. You are one lucky person that south bound big rig was half a block away and going slow when you turned in front of it. In my conclusion, you are either young and ignorant of such things, or you are a dumb ass. With that said, I hope you learned your lesson.
Posted by Tom Sebourn at 8:05 PM 3 comments:

I am evidently a blowhard and conspiracy theorist. At least that's how my posts are sometimes categorized by the leading Humboldt County online news source these days.

For the record, I don't buy the 911 investigations findings. I have talked to FBI about it, obtained the flight manifests of the four jets that were involved. None of the so called hijackers seemed to have purchased tickets or boarding passes for the flights. I can't get on a train or a bus without a ticket so I don't know how that happened. Then there is the building that wasn't hit by a plane. WTC7. It fell at near free fall speeds that day many hours after the two main buildings fell on the morning of 9/11/2001. The guy that led the investigation, US Senator Joe Lieberman when asked about WTC7 said "it never happened". You can scroll down to the bottom of this blog and see the youtube video of him saying that for yourself. That and the fact that I used to be related by marriage to a metallurgist that did government contract work which told me that steel doesn't turn to dust in mid air like that have me questioning the official 9/11 report. That investigation I should point out started over a year after the attack, after all the steel had been removed and recycled. The crime scene had been totally compromised in the name of commerce and moving along.

I have not come to any real conclusions about this incident other than that it seems they didn't want' to really find out what happened. Why were there no airport cameras showing terrorists boarding planes without tickets? Why were dozens of video cameras at The Pentagon turned off?
How do the 4"thick parallel center elevator columns turn to dust on camera as the buildings explode out rather than pancaking? These steel columns should have remained in the center of the building reaching several floors above the rubble. They were turned to dust.

And don't even get me started on the almost complete media blackout of the Fukushima total melt down still going on six years later next month. You won't hear much about it from our government much less the media, local or otherwise.

All I really have are a lot of questions but if that makes me a tinfoil hat blowhard, so be it.  If asking questions based on available information (which is what a reporter is supposed to do) makes one a blowhard or tinfoil hat wearer, we need to reevaluate what it means to be a reporter. Simply ignoring unanswered questions is not how we move forward on stories like these. I would like to thank CNN's Jake Tapper for going the extra mile and actually speaking truth to power when dealing with a true tinfoil hat wearer, our new president.

Elezabeth Preza at Raw Story has more on the commander in tweet.

CNN’s Jake Tapper on Wednesday humiliated Donald Trump’s claim that the barrage of negative news stories related to his administration are “conspiracy theories,” taking moment to explain to the president what differentiates a conspiracy theory from actual, real news.

Tapper goes on to explain the difference between fake news and journalism.

“The media, of course did not fire Gen. Flynn, President Trump did,” Tapper said. “Now what the media did do was reveal to the nation that Gen. Flynn had lied to the Trump team—including Vice President Pence—when he claimed he never discussed Obama’s sanctions on Russia with the Russian ambassador.”

“President Trump knew this at least as early as Jan. 26,” Tapper added. “But he did not act on this until media revealed the truth to you, and, as it turns out, Vice President Pence.”

The CNN host then turned to Trump’s twitter reactions about the ongoing Flynn saga, wherein the president blamed the negative reports on “conspiracy theories”: 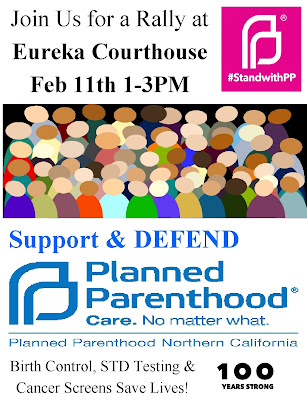 We have posted a public event page on Facebook titled, 'Support Planned Parenthood Rally' and currently have 40 planning to attend and 203 interested according to the event page. Planned Parenthood celebrated its 100th Anniversary last year, we are in 50 states and we aren't going anywhere! PP provides birth control, STD testing and cancer screens as well as abortion and SAVES LIVES!!

Triple Melt Downs Of Fukushima Reactors Only Getting Worse.

According to the Guardian UK, the March 11, 2011 triple melt downs of 3 nuclear reactors in Fukushima, Japan are only getting worse. The highest radiation levels at the destroyed plants ever recorded since the melt downs were drawing reaction from experts. Previously the highest levels recorded were 73 sieverts per hour. A new reading was recorded at 530 per hour at the crippled pile of waste once known as  the TEPCO, Fukushima Diachi Power Plant.

We in the press are not supposed to talk about this due to the damage it would do to real estate, food, healthcare, the nuclear industry and possible public panic. You might have noticed the media black out if you think back to all the coverage this disaster has received for the past almost 6 years. Once world leaders realized that it was going to kill a lot of people and there wasn't a darn thing that the smartest men or women on the planet could do about it, the gag orders were sent and the silence was deafening. Don't let the lack of coverage or information fool you though. This is not fixed, or even close to being contained. Radiation is pouring into the water and air from these plants for almost 6 years now and it can't be stopped.

Here is the latest from The Guardian UK