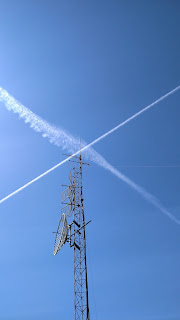 media consolidation which will eventually lead to most broadcasters being owned by wall street media conglomerates.

Here's an excerpt from Common Dreams:

Democratic FCC commissioner Mignon Clyburn told Bloomberg that with the party-line vote to end the rule, the agency is "paving the way for broadcast station groups, large and small, to terminate studio staff and abandon the communities they are obligated to serve."

CommonDreams.org has the story about the changes coming from the FCC.

"In a series of moves this week that have alarmed free speech advocates and critics of media consolidation, the Federal Communications Commissions (FCC) voted to abolish a rule requiring radio and television broadcasters to maintain studios near the communities they serve, and FCC chairman Ajit Pai announced..." CommonDreams.org
Posted by Tom Sebourn at 10:51 AM