Calif. DHCS To Purchase Drugs With Negotiated Fee-For-Service Pool, This Is Big!

From the office of Governor Gavin Newsom. 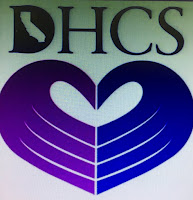 announced today that it will soon begin accepting proposals to implement a significant component of the state’s prescription drug purchasing plan. Under the proposal, DHCS will be transitioning Medi-Cal pharmacy services from its contracted managed care plans to its directly negotiated fee-for-service system; purchasing on behalf of 13 million enrollees, as opposed to the current 2 million.

“California will use our market power and our moral power to take on drug manufacturers and demand fairer prices for prescription drugs. And we will continue to move closer to ensuring health care for every Californian,” said Governor Newsom. “Today’s announcement gets us one step closer to the goal.”

Just moments after being sworn in, Governor Newsom launched a series of first-in-the-nation actions to make health care more affordable for all Californians and to move the state closer toward the goal of health care for all. Those proposals included Executive Order N-01-19 to create the nation’s largest single-purchaser system for drugs and to, ultimately, allow all Californians and private employers to sit together at the bargaining table across from big drug companies when negotiating prescription drug prices.

Today’s announcement brings the state closer to making that system a reality by creating the framework for a consolidated state negotiation and purchasing system for Medi-Cal pharmacy and a uniform Medi-Cal pharmacy provider network and pharmacy utilization policy while allowing Medi-Cal Managed Care Plans to retain all care coordination, pharmacy adherence and disease management responsibilities.

Earlier this year, the Governor announced that the counties of Los Angeles, Santa Clara, Alameda and San Francisco, among the largest public purchasers of prescription drugs in California, will partner with the state to use our combined market power to take on drug companies and lower the cost of prescription drugs.