The Amazon Can't Be Recovered Once It's Gone

Robinson Meyer at The Atlantic has a disturbing but realistic take on the destruction of the Amazon jungle and the political climate that is pushing for more destruction.

Here is an excerpt:

The Amazon rainforest does, in some sense, belong to Brazilians and the indigenous people who live there. But as a store of carbon, it is fundamental to the survival of every person. If destroyed or degraded, the 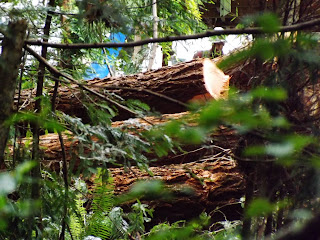 Amazon, as a system, is simply beyond humanity’s ability to get back: Even if people were to replant half a continent’s worth of trees, the diversity of creatures across Amazonia, once lost, will not be replenished for roughly 10 million years. And that is 33 times longer than Homo sapiens, as a species, has existed.
Read More at The Atlantic