I have assembled a free picture gallery of stuff, mostly scenery around the California North Coast.

I have assembled about 190 photos from some of my archives and placed them all in one place where people can see them. These are mostly scenery shots but all are from Northern California's Coast. The one below is not in the gallery but one heck of a nice sunset through the redwood trees at my place.

Choose your own soundtrack. 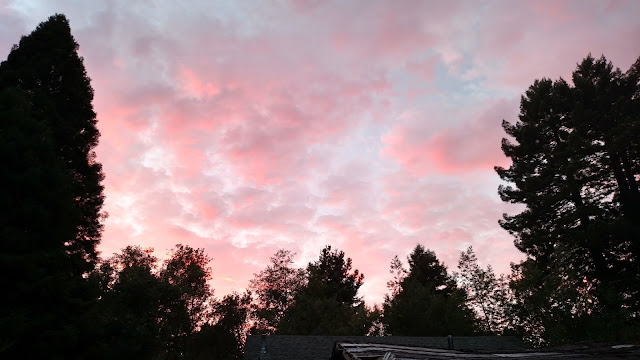 I have a special Christmas edition of The Classic Rock Rewind playing today at our new time and home 10 am - Noon Pacific on www.lvclassicrock.com you can also use our player at my website www.TomSebourn.Rocks/contacts

Posted by Tom Sebourn at 9:18 AM No comments: 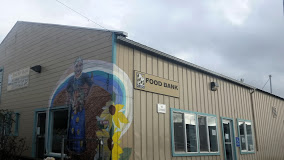 Volunteers will help un-pack and sort food collected through Food for People’s 27th annual Holiday Spirit Food & Fund Drive, which brought in more than 127,000 pounds of food last year—more than half of the food bank’s annual food drive donations. Coffee, tea and snacks will be provided.

“This is a family-friendly way to give back to the community and serve those experiencing hunger during the holiday season and throughout the winter months,” said Food for People’s Direct Services Manager Paloma Herrera.

The Holiday Spirit Food & Fund Drive is Food for People’s largest donation drive of the year. It includes the Hunger Fighter Challenge—a friendly competition between local teams to see who can collect the most food and funds from November through December—and Sen. Mike McGuire’s Humboldt Holiday Food Drive, which challenges local high schools to see who can collect the most food during the holidays. Last year, the McGuire drive brought in nearly 25,000 pounds of food and more than $2,500 in funds to help support the food bank during the winter months. This year’s Humboldt Holiday Food Drive will take place on Wednesday, December 11th from 3-6 p.m. at Safeway in Eureka.

Community members can still donate non-perishable food items (canned and boxed items) to the Holiday Food & Fund Drive through the month of December. Donations can be dropped off in marked barrels throughout the county or at Food for People, 307 W. 14th Street, in Eureka.

Article On Jimmy Hoffa Leads Me To A Rant, Not About Hoffa Though

Did you know that the Teamsters Union Pensions did a lot better under corruption than since the government took control of it? That should tell you about trusting corrupt governments to oversee corrupt money managers. Educate yourselves. We end up with the corrupt corporate people we elect. Well...usually.

Sometimes the the delegates or political parties do the electing for us. This is true especially in Federal elections. Learn to know the difference. Sometimes it's hard to spot. And you won't see it if you are viewing it under a single lens. If about 120 thousand people in about 6 counties voted differently, Clinton would have been elected. 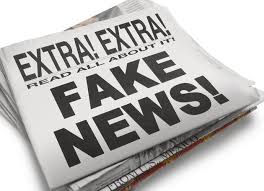 There are at least 6 different news organizations or corporations in the USA that control or own most of the news outlets. Yeah, it's that bad. However, there is long form news as in local radio, newspapers (the few that are left), blogs, CSPAN and chat rooms.
Fox and MSNBC sound bytes are not by themselves, news.

Favorites of mine are www.commondreams.org and https://theintercept.com/
Or try The Daily Beast.

Get outside your own circle and take a real look around. See the bigger picture. Do some research yourself and see what you come up with.

But then there is the conundrum of the more you know, the more you know what you don't know.
I would say "Good Luck", but it's not luck. We are supposed to be educated enough to vote for our own best interest. We, however seem to be losing ground in that education and critical thinking part that helps us steer this country to a place of prosperity.

In a dictatorship, one can only throw their hands up or go to war against their own leaders when oppressed. That rarely works out well.

In a democratic republic, the blood shed in these wars are on all of our hands. The children in cages and dying on our boarders are on us. The destruction of the ozone layer, our water ways, our forests are all on us.

We have given the country over to international corporations and Banksters. These "people" buy congress people which can be a lot cheaper than you think. These companies and Banksters write their own regulations and have their paid for congress critters put their names on it. Bribe a congress critter for 40 thousand dollars legally and get back 4 million. Stuff like that happens every day and it's legal.

We have become who we are on the world stage by being ignorant about many truths and believing many lies made up by those that have other agendas.

These agendas will lead us to more war and poverty while we raise the cost of our for profit healthcare busting the backs of what was left of the middle class to buy more fighter jets and ordinance.

And in the end, no one will like us or care if something bad happens to us. What goes around, comes around.

Get educated and VOTE!

Thanks for letting me rant. Feel free to rant below in the comments,